Adolfo was a United States Army veteran. He also graduated from Lamar Tech and went on to become a machinist for Quantum. He was an active member of Knights of Columbus council number 951. Adolfo was a member of the Veterans of Foreign Wars.

A Rosary will be recited for Mr. Gracia at 6:00 p.m. Wednesday, January 26, 2022, with a gathering of his family and friends to follow until 8:00 p.m., at Broussard’s, 2000 McFaddin Avenue, Beaumont. A Mass of Christian Burial will be celebrated at 10:00 a.m., Thursday, January 27, 2022, at Our Lady of Lourdes Catholic Church, 1600 North Main Street, Vidor. His interment, with military honors, will follow at Memory Gardens of Jefferson County, Nederland. 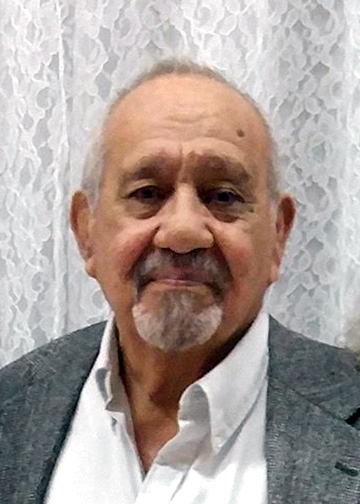 Our Lady of Lourdes Catholic Church

So sorry for your loss, I met Mr Gracia two or three times n he left a good impression on me, may he rest in peace, our condolences to the family.

I am so sorry to hear about Mr. Gracie. My prayers & thoughts are with you. Bless all of you!

I’m am so sorry for your lost-praying

Popo was a wonderful man. He will be greatly missed. Prayers to the family.

So very sorry to hear”Popo” my prayers are with the family. Stephen Mozingo