Allen excelled in school. He was an avid reader and a lifelong gamer and gambler. He enjoyed bodybuilding. Allen loved people and always had a smile. He was a carpenter and enjoyed working with his hands.

Cremation arrangements for Allen were handled through Broussard’s Crematorium, under the direction of Broussard’s, 2000 McFaddin Avenue, Beaumont. 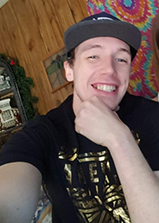