Anita graduated from French High School in 1958 and then entered North Texas State in Denton, Texas.   She had a long career in state and county government which included:Texas Liquor Control Board, Judge Jack Cravy, Judge Harold Engstrom, Judge Ken Dollinger and Texas State Parks and Wildlife.  She was instrumental in establishing the Women’s Auxillary of the Labelle Fannett Fire Department, a past CYO leader, and was involved in numerous other volunteer organizations.

She met the love her life at Pine Tree Lodge in Labelle, Texas.   Most of her friends never thought this marriage would last, her being a city girl and Homer a farmer.   They proved them wrong and created many beautiful memories over their fifty-four years together.   Homer, her husband, reminiscing has repeatedly said, “they weren’t only lovers, but best friends”.   From annual trips to Fredericksburg for peaches and evening rides looking at cows, they truly enjoyed each other’s company.

She was preceded in death by her parents and sisters, Rita Alford and Lolita Ramos; and niece, Melanie Nunez.

Anyone who entered Anita and Homer’s home could be guaranteed good drinks and stories.   They loved the time spent with friends and loved ones gathered around the yellow kitchen table.

Anita’s niece, Melanie Nunez preceded her in death and the family knows that Anita has been met with one heck of a party in heaven and questions of, “what took you so long?”

Anita will be dearly missed by her loved ones.   Anita and Homer’s marriage was a true example of the vows, “in sickness and in health”.

The family would like to thank  EthelMae Meyer, Lisa Rio, Nauwasa Lewis, and Mathilda Royal for their loving and devoted care to Anita. 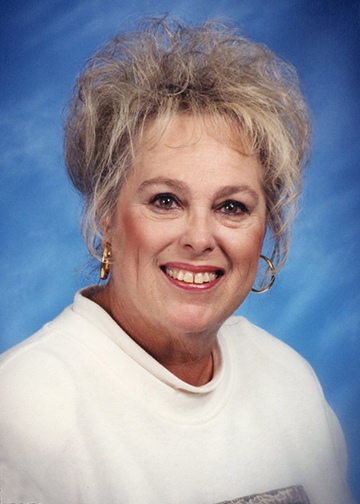 Gathering of Family and Friends to follow Christian Vigil

Gathering of Family and Friends to follow Christian Vigil

Thinking of your family. Michael

Anita was such a lovely, fun person. Full of love!

R.I.P. beautiful lady....happy that I had the pleasure of knowing you....!

Many good memories of Anita. Homer, keeping all of you in prayers.

Ronnie and I ate so sad to hear of Anita’s passing. We will always remember her big welcome smile and laugh.. God rest her soul and comfort all who mourn her⭐️ Judi and Ronnie Benoit

I will miss her sweet smile and precious laughter. My heart breaks for Homer and Glenn and all of Anita’s family. Much love, Sandy Walker Summers

We would like to extended our heartfelt condolences to Homer & The Family & Friends. May God Bless & Give Y'all Strength in this time of need.

Hugs and prayers for the family.

While not knowing Anita well during our French High years, I always experienced her as warm and friendly when she was around. She was a happy, cheerful person and I know she will be missed by many. My prayers are with the family and many friends who have loved her dearly. Mary Gilcrease Bray, class of '57

I am so sorry for your loss.! Anita and I used to work together. There were some good times and some trying times. .I know that she will be missed.. She will always be in your hearts. My thoughts and prayers are with ya'll.

Just learned of your loss. I deeply regret not being there for the Kiker Family. Anita and Homer have always been great friends to all Law Enforcement Officers. Anita you will be missed by many, may you rest in peace.

Anita was such a loving person. We’re so sorry about her passing. Peace be with Homer and family.