Anthony McDade “Mickey” Phelan, Jr., 89 years old, died peacefully in his sleep on Friday, July 9, 2021. Mickey was the oldest child of Anthony McDade Phelan and Katherine Huey Phelan of Beaumont Texas. He attended St. Anne’s Catholic School, St. Anthony High School and went on to complete his BBA degree from Loyola University in New Orleans in 1954. Mickey served in the U.S. Army between 1954 and 1956 as a chaplain’s assistant and supply records specialist.   Following his service, he resided in New Orleans, LA working for Neilson-Moran Marine Corporation. He moved back to Beaumont and worked in real estate sales, land development, and building houses. He also spent some time in St. Louis Missouri where he worked in the Clayton Brokerage Company developing trade contracts for information purposes and worked on supply/demand projections with particular emphasis in the soybean complex. From 1968-1978, Mickey lived in Chicago Illinois where he maintained personal memberships in the Chicago Board of Trade, Chicago Board Options Exchange, and the Chicago Mercantile Exchange. Wanting to be closer to his family and his children, he returned finally to Beaumont in September 1978, where he dealt with personal financial and real estate investments, ultimately working as a lease broker.

Two of Mickey’s great loves were books and technology. He was a voracious reader, and he could easily discuss anything from St. Augustine to Tarzan. Mickey became extremely proficient with the use of computers to the extent that he was one of the first “computer consultants” at St. Anne School when his nephew Andrew Phelan volunteered him to come to the school to solve some technological problems. He continued to keep up with tech trends and tinker with computers for decade.

Family was an integral part of Mickey’s life. He married his wife, Elizabeth Lathrop Phelan in December of 1986, and they lived in the same neighborhood as his parents and brother Patrick. Mickey’s life has been filled with family gatherings, large and small. When he was blessed with grandchildren, he enjoyed regular sleepovers and movie nights in Beaumont with the children of sons Mickey and Danny, and the son of Elizabeth’s daughter Erin coming in from New Orleans. Trips to see his daughter Airey, who lived in Illinois with her family were also an important part of his life. On those trips, several beloved dachshunds accompanied Mickey and Elizabeth, to the great delight of Airey’s children.   Mickey and Elizabeth took several trips to Yellowstone National Park with groups of four grandchildren at a time, making many happy memories along the way to be treasured over the years. Grandchildren, and all their comings and goings, and their achievements, including the frequent videos of school performances, gave him great joy.

Mickey has been a regular at the 7:00 AM Sunday Mass at St. Anne’s Catholic Church for many years. He never missed the pancake breakfasts hosted by the St. Anne’s Filipino community. He loved and supported St. Anne’s Catholic School and Monsignor Kelly High School where several of his grandchildren and his stepdaughter were educated. Mickey was honored in recent years as being the first child to enroll at St. Anne’s. His Catholicism was a dominant force in his life, having been lovingly handed down over the generations to him, and from him to his children and grandchildren. He often mentioned how blessed he was to believe. Mickey lived simply, never one to try and impress others, yet he practiced a pattern of quiet generosity to many.

He was preceded in death by his brothers, Daniel Christopher Phelan and Patrick Phelan, and his parents, Anthony McDade Phelan and Katherine Huey Phelan.

The family would like to express our deepest gratitude to Mickey’s sitters whose loving care provided him with joy and comfort each and every day: Cynthia Bernard, Neoma Robinson, Raul Capanzana, Angela Hamilton, and Diane Tyler.

Memorial contributions for Mr. Phelan may be made to Birthright of Beaumont, 2626 Calder Avenue, Suite 201, Beaumont, Texas 77702. 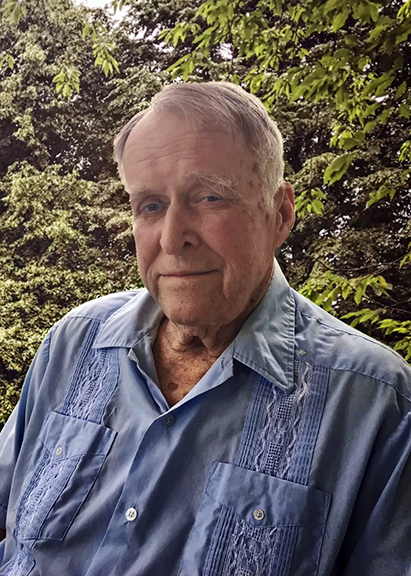 A Gathering of Mr. Phelan's Family and Friends

A Gathering of Mr. Phelan's Family and Friends

My deepest sympathy to Elizabeth and all the Phelan family. Love and prayers for all of you.

Mickey was a life long friend. We went through St Anthony H. S. and spent many pleasant times together. My sympathy goes to all the Phelan Families. May His soul and all the souls of the faithful departed, "REST IN PEACE"

My deepest and most heartfelt sympathy to you Elizabeth my dear friend , colleague and patient ! It was an honor and a privilege to take care of Mickey with the famous eyebrow qnd haircut free with his ear visit !! It will always be a fond memory ! Love you so much. Susan

My sympathy to all Mickey's family. He was a most unpretentious, very generous person., definitely a faithful Catholic of the old school. I will offer Mass for him and his family tomorrow morning..

i am so sorry for your loss. prayers, mike cacioppo

Dear Lilly and the Phelan family I'm so sorry for your loss. I will keep of you in my prayers. Know there are many good memories to share. God bless. Margaret Bood

I extend deepest sympathy to the Phelan family. He was a fine man, and I remember him from years past.

Dear Lilly and the Phelan Family, I'm so sorry for your loss. I will keep all of you in my prayers. Know there are many good memories to share. God bless. Margaret Bood

My deepest sympathies to All of Mickey's family .. Mickey was a dear person (we (we grew up together).. prayers for his famiy. Judy Dishman

Elizabeth and the Phelan Family know I am so very sorry for your loss. You are in my thoughts and prayers. Let your memories sustain you through your rough times.

Our prayers are with you and all of the Phelan Family at this difficult time. I know how much you loved your dad, but as you have said, he is in a better place now. God Bless you and the Family. Love you all. The King Family

Uncle Mickey was a memorable man. I am sorry for yawl’s lost but know you all are blessed knowing Big Mickey is in Heaven.

So sorry to hear about Mickey. The Leary’s had fond memories of being with the Phelans in pass Christian, MS Prayers for the family.

Ellen, Danny, Christopher and Patrick, and all the Phelan family, I am sending my love and prayers for the loss of Father, Grandfather, Husband and many friends.. Take comfort in knowing he is with The Lord!

Dear Elllen, Danny Christopher and Patrick and all the family and friends I send condolences and prayers. He will be missed but find comfort in knowing he is with the Lord.

Deepest sympathy and heartfelt condolences to the entire family.