Armon Noel Husband, 82, of Beaumont, died Monday, November 28, 2022, at Harbor Hospice, Beaumont. He was born on March 18, 1940, in Lafayette, Louisiana, to Armon C. Husband and Leva Noel. While still a child, his family moved to Southeast Texas.

He married Orvalee Hall in 1967. A graduate of French High School, Lamar State College, and Sam Houston State University, he worked for the Texas Department of Human Resources for more than thirty years. He dedicated his life to the underserved citizens of Southeast Texas, providing Christmas to countless underprivileged children. He was a member of North End- Wesley United Methodist Church since the sixties and a proud member of the Texas State Guard for nearly twenty years.

He was preceded in death by his parents, as well as a brother, Donald Husband. He is survived by his wife of fifty-five years, Orvalee; their daughters, Noel Turner and her husband, Fred and Ellen Gonzalez and her husband, Trini; grandchildren, Elizabeth, Alexandra, Isabella, James, and Oscar; brothers, Robert Husband and wife, Patricia and Charles Husband and wife, Sheila; Michael Wyble; and several beloved nieces and nephews. 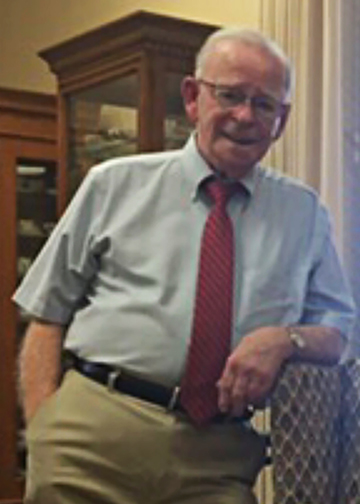 Armon was a great person, may his family be comforted during their period of mourning.

I am so happy to hear about Armon, we worked together for many years, he was a very kindhearted person, sending prayers and comfort to his family

Orvalee,
So sorry to hear about your husband. I remember him as a child when you 2 were dating and sitting in church together. He was a tru servant for God to the people of SE Texas. Prayers to you and your family.
Patrice Rabalais

I am so very sorry for your loss. Armon’s children and grandchildren are a living testament to a life well-lived.

I am so sorry to hear of Armons death. I will keep your family in my prayers.

Noellie, we are grieving with you and your family. Please be comforted by happy memories and the knowledge that your friends are praying for you. Love you.

Orvalee, Noel, Ellen and families: We send our deepest sympathies to each of you. What a life well lived and a good servant. May you have peace in knowing he is in the arms of Jesus in his eternal home.

Dear Ms. Orvalee,
We are very sorry for your loss. We will always remember him as being very kind and we send prayers to you and your family.

Oravalee, Noel and Ellen, you are all in my thoughts and prayers in this difficult time. May Armon’s eternal light shine on all who were touched by his life. Rest in peace.
Jane Ann Ray Kemplay

Our thoughts & prayers are with all of
the Husband family.
David & Cathy Wood

So sorry for your loss. Prayers for you all. 🙏🏻

Orvalee, so sorry to read about your precious husband. Sending much love and prayers to you and your family..

Orvalee and Family
Prayers and sympathy losing Mr.Armon.
I know you have many special memories
which will remain in your heart always.Thankful
You were blessed with each other 55 years of
Marriage.
May God grant you strength now and the days ahead.

So sorry for your loss! Heaven gained a great man dedicated to the work of the Lord! Thinking of you all during this time.

Orvalee, Noel, and Ellen. So sorry about your loss. I know you will miss him.

Dear Orvalee, Noel, & Ellen, our family wish the deepest condolences to you all. Mr. Armon was such a sweet soul & will truly be missed. Love to all the family!

Ellen and family,
I am so sorry for your Dad’s passing. May his loving spirit keep growing in you all.
God Bless
Love you,
Emily

Sorry for your loss. I remember Armon as always being kind of in the background but he was interesting to talk to. I know he helped a lot of people who needed help.