Arthur George McDonald of Beaumont passed away peacefully Sunday, June 14, 2020. He was born on October 18, 1933, to Frances and George McDonald and was their only child. Arthur lived a full life in his 86 years and was lovingly known as a husband, father, grandfather, great-grandfather, an avid sports fan, and a passionate Aggie who bled maroon.  He was a role model that set an inspiring example and had a special ability to bring out the greatness in everyone.

Growing up in Beaumont, he created and maintained lifelong friendships with many of his schoolmates at Edwards Elementary and French High School. He graduated high school with the class of 1951 and then followed his dream to become the loudest and proudest member of the Fightin’ Texas Aggie Class of ‘55. Arthur later received a Master’s degree from Tulane University in 1962. Soon after graduation from A&M, Arthur enlisted in the U.S. Army and served as a Sargent in Korea.

He was a lifelong member of North End Baptist Church. His parents joined shortly after the church was established in 1933. He often spoke of his memories of attending church services in a tent with sawdust floors.

He embodied the true spirit of the 12th Man. He was a football season ticket holder for nearly fifty years and closely followed and often in the stands of all other A&M games and sports. He was never shy to express his opinion on his Aggies and enjoyed discussing (arguing) those opinions. He was proud that all his children and grandchildren were also Aggies – whether they attended the school or not.

The most obvious thing that describes Arthur McDonald was his total and complete devotion to his family. Paw Paw was happily married to Maw Maw, Bille Jean Harrison McDonald, for 59 years. They enjoyed traveling together and in retirement took many trips with their beloved friends. Arthur cherished and guided his children and supported them in any way he could. He really loved to brag on all the accomplishments of his grandchildren and great-grandchildren.

He is preceded in death by his parents; wife, Billie Jean Harrison McDonald; and grandchildren, Kevin McDonald and Audie McDonald.

Our family would like to give a special thank you to our sister Michelle that compassionately took on the role as a primary caretaker for our parents over their last few years. Without any hesitation, Michelle always went above and beyond to ensure Mom, Dad, and their animals were always well fed and taken care of each day.

Arthur was a true Fightin’ Texas Aggie whose spirit can ne’er be told!

In lieu of flowers the family asks that memorial contributions be made to North End Baptist Church, 5115 Eastex Freeway, Beaumont, Texas 77706. 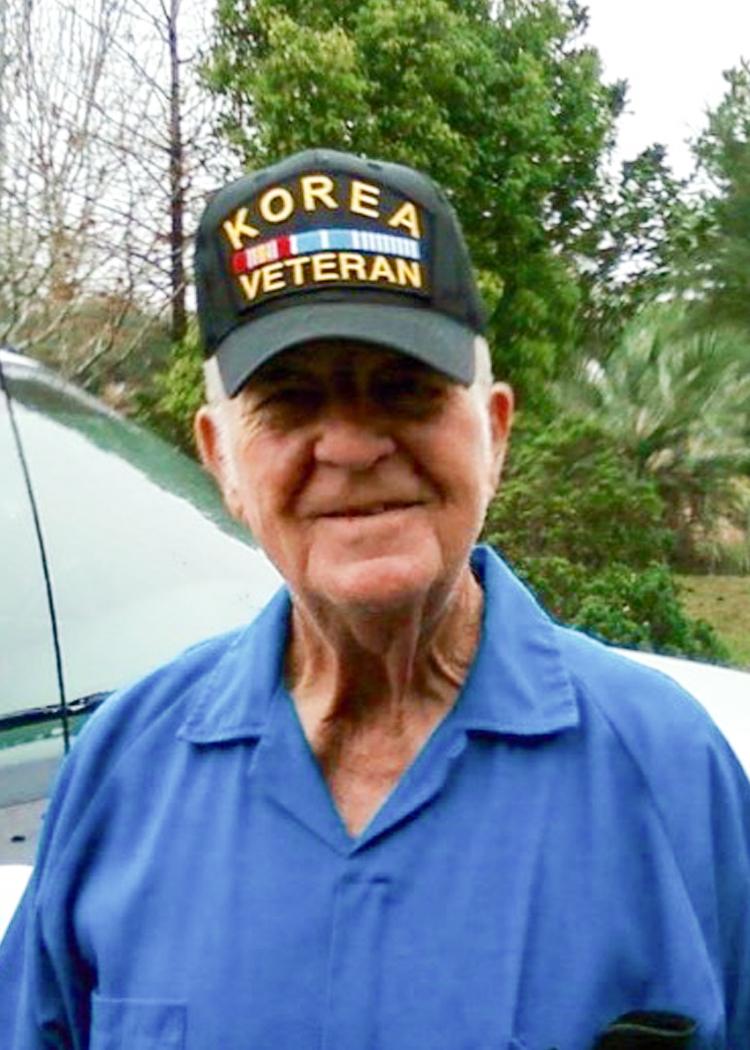 Thinking of yâ€™all with love and prayers. He was one in a million. â™¥ï¸ Steve and Charlene Meek

Most of my getting together with PawPaw was centered around Audie. He was a fantastic and devoted grandfather. every time I met him, he was a little shy but fulll of warmth and had a great big smile. He will be missed on earth and welcomed in Heaven. Big Ruthie.

I loved seeing Mac every Sunday sitting â€œin his pewâ€ at North End Baptist. I will truly miss speaking to you each week and calling to you â€œGood morning young manâ€! â¤ï¸

With deepest sympathy and regards.

Steve, Shannon and Michelle, My heart is broken on hearing of the loss your Dad. He and your Mom always seemed like a part of the Harris clan. I am so happy we could be a part of your family. Even after Dad passed they ALWAYS brought Mom a fruit cake every Christmas. Their kindness is and always be appreciated. I can feel in my heart the FHS reunion they must be having now in heaven. Angels in our eyes . I am so very sorry I will not be able to attend the celebration of his life. I recently had eye surgery and am required to keep my face down for a couple of more weeks. Just want you all to know my thoughts and prayers are with yâ€™all at this hard time. Please know your parents played a special place in our parents life as much as ours. I â€˜m thankful to say we had the best role models to look up to â¤ï¸

Iâ€™m so sorry to hear about the loss of your dear dad and grandfather. I know the loss is unbearable. I am praying for Godâ€™s peace for you all.

Steve, Shannon and Michelle - Steven and I are saddened to learn of your Dad's death. He was such a great guy and totally loved his family. Steven always enjoyed the times Arthur would come into his store to buy t-shirts for Audie. They had great conversations and those visits have been missed. I'm pretty sure there was a most happy reunion in heaven when Maw-Maw and Audie got to see Paw-Paw again. You all are in our thoughts and prayers as you lay that wonderful man to rest. Babs

With regards and our deepest sympathy to the McDonald family