Arthur S. Megas, 92, of Nederland, died Friday, May 27, 2022, at Christus Southeast Texas – St. Elizabeth, Beaumont. He was born August 6, 1929, as Athanasios Stavros Mazomenos, in the village of Skopi (Bendeni) near Tripolis, Greece, to Ekaterina Mazomenos (Mastrokos) and Stavros Mazomenos.

Arthur was the oldest of four children. As a child during the Great Depression and in a very poor Greece at the time, he helped his family with growing crops along with his main job being the shepherd of the family’s many sheep and goats. He would spend many days and nights in the mountains around his village tending to the herd.

Arthur attended the local village school until the fourth grade. With the outbreak of World War II, he had to stop school to help his family as a great famine hit Greece with the German/Italian Occupation of Greece. He saw the horrors of the war personally when the German Army set up their Ammo Depot in his village and the Greek guerrilla fighters came down from the mountains to attack the German/Italian army occupiers. After four years of occupation, the Germans and Italians left Greece, but the horrors of war returned with the Greek Civil War between the communists and government forces that lasted another three years.

After the Civil War, Greece was devastated and in 1951, Arthur decided to leave to join his younger brother, Constantine, and his paternal uncles Nick, Chris, and Eugene Megas in Beaumont, Texas to start a new life. After an eventful crossing from the Atlantic, he arrived in New York City where he was detained for a few days due to an incident aboard the ship between the Greek and Italian immigrants. After Arthur was released, with the help of his uncles’ political connections, he arrived in Beaumont.

As most immigrants at the time, his name was Americanized to Arthur Megas. He spent the next twelve years working for his Uncle Eugene at the Schooner Restaurant in Nederland and helping with his Uncle Chris’ restaurant, the Tip Top Café, in Beaumont where he got his training as a cook.  In these twelve years, he went to night school to earn his American citizenship.

Arthur went back to Greece in 1959 to help his family after his father was in an accident that he did not survive. In 1963, he moved to Concord, California to be closer to his brother, his sister, Helen Lagusis and her husband, and their mother, who also immigrated to California. In Concord, he worked at the Concord Inn as one of the main cooks.

While in California, Arthur was able to meet many celebrities such as Bing Crosby, Dean Martin, Sammy Davis, Jr., Bob Hope, Louie Armstrong, the future President Ronald Reagan, and for a time, routinely prepared breakfast for Joe DiMaggio.

In 1967, he returned to Nederland and joined his brother to partner in the Schooner purchased from their Aunt Antigone Megas after the death of their Uncle Eugene. They were joined shortly thereafter by their mother and sister, Helen and her husband, George Lagusis, who also joined in the business. Arthur worked there for the next thirty years retiring in 1997. In those thirty years, he made many influential friends with many Judges, Justices of the Peace, School Officials, and Congressman. He was affectionately referred to by his friends as “Arthur from the Schooner”. Several would always ask to make sure to let Arthur know they were dining so he could personally prepare their meals for them. He was a big supporter of the Democratic Party as a Conservative Democrat as most men in the area. Congressman Jack Brooks gave him the best compliment as the “best Democrat in Southeast Texas”.

In 1972, Arthur went back to Greece to handle some family business and to look for a wife as most men from Greece of that generation. In November 1972, he met Christina Kolliniatis and after a whirlwind of courtship they were married on November 27, 1972. In the next three years, they welcomed their two sons, Stavros and Chris.

Arthur’s biggest love was his family. He was very proud of his boys and all their accomplishments. He was most proud when they both graduated from college, Stavros from Texas A&M and Chris from Lamar University. In retirement, he enjoyed his two biggest hobbies, quail hunting and saltwater fishing. When he wasn’t hunting in the local rice fields, he could be found on the pier or banks off Pleasure Island. In 2006, his family grew when his son Stavros married his wife, Patrice. In 2008, his family grew once more when his beloved grandson, Ethan Michael, was born to Stavros and Patrice. He loved all his family very much, including all of his nieces and nephews who were like his own children.

Survivors include his wife of over forty-nine years, Christina Megas, of Nederland; sons, Stavros A. Megas and wife, Patrice, of Lumberton and Chris A. Megas, of Nederland; grandson Ethan Michael Megas, of Lumberton; siblings and their children, sister, Helen Lagusis, of Plano (Maria, Georgia, Nick, and Bill); brother, Constantine and wife, Antonia, of Nederland (Stavros, Katherina, Toula, George, and Maria); sister, Fontine Sideris, of Dallas (Pam, Katherina, Dino, and Sophia); and many other nieces, nephews and host of other relatives and friends.

He was preceded in death by his parents, Stavros and Ekaterina Mazomenos; father and mother-in-Law, Meletios and Vasiliki Kolliniatis; brothers-in-law, Harry Sideris and George Lagusis; and niece, Antigone C. Megas.

Memorial contributions in honor of Mr. Megas may be made to St. Michael’s Antiochian Orthodox Church, 680 15th Street, Beaumont, Texas 77702. 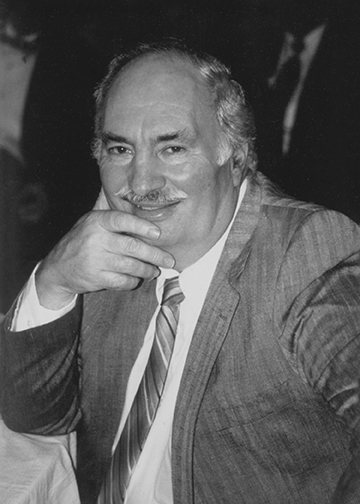 An amazing man with an amazing history. Arthur is, and always will be, loved by those that knew him. Sincerest condolences to the Megas family on your loss.
Greg and Phoebe Isaacs

Connie and family, so sorry to hear of the passing of Arthur. Such a fine man, he will be truly missed by all who knew him. Please accept my deepest sympathy and prayers during your time of sorrow.

What an amazing history and obituary. We are thinking of you and your family at this difficult time.

I am so sorry for y’all’s lose! I know while working for the schooner for 8 years I grew to know the family. Arthur was a great man and will be deeply missed! I remember leaving from lunch shifts and the whole family sitting down for lunch. I will always cherish the moments I got with him!

Always enjoyed trying to get fried shrimp from art in the back. He always got a fresh fish from me. Miss the good times. Sorry for the family loss.

Sorry for your loss. Every member of the Megas family Served the public well.

An amazing man with an amazing history. He was loved by all that knew him. Deepest condolences to the Megas family.