Arthur “Artie” Wayne Tucker was born August 27, 1964, in Corpus Christi, Texas, to Mary Ann Branch and Arthur B. Tucker. He was one of four children. He had two sisters, Yvette and Dena, and one brother, Stacy.

Growing up, Artie was a fun-loving kid who enjoyed pranking his siblings. He played football, participated in Boy Scouts, and had a passion for fishing. Their family camped often at Garner State Park, and they loved it so much that it became a family reunion spot later in life. As a teenager, his father A.B. taught him carpentry and he utilized those skills often throughout his 58 years. He is remembered as a talented craftsman that could build or fix anything.

Artie met the love his life, Traci, after being set up on a blind date by mutual friends. They had a whirlwind romance and after six months they were married on August 9, 1988. They had two sons, Arthur Brian and James Blake. Artie shared his love of the outdoors with his boys, especially hunting. They frequented the lake as a family where they spent many days out on the boat waterskiing and tubing. Artie handed-down his priceless knowledge of carpentry to Brian and Blake, as his own father had instilled in him. He lived for his boys and was always there whenever they needed him.

Artie worked for 24 years at APAC/Gulf Coast but spent his free time making homemade wine. His hobby turned into a business venture with his wife, Traci. Together they owned Cotton Creek Winery, where he was the creator of the wines and ciders. He had a talent for concocting fun and unusual flavors that their patrons loved. Artie was a great cook, and he used his knowledge to create a diverse menu for the winery, including his delicious flatbread pizzas.

Another one of Artie’s great passions was his love of Corvettes. He was a sponsor and a proud member of the Tri-City Corvette Club.

Artie left us too soon on Wednesday, January 11, 2023, at the age of 58. He passed away surrounded by his loving family. He is survived by his wife, Traci Gafford Tucker; mother, Mary Ann Tucker; children, Arthur Brian Tucker and his wife, Hannah, and James Blake Tucker and his wife, Kayla; grandchildren, Arthur Shepard Tucker, Brodie Callahan Tucker, and Finley Rae Tucker; siblings, Yvette Wright and her husband, Cliff, and Dena Harbin and her husband, Dean, and numerous extended family members, friends, loved ones, and coworkers through the years.

He is preceded in death by his father, Arthur B. Tucker and brother, Stacy Len Tucker.

A gathering of Mr. Tucker’s family and friends will begin at 5:00 p.m., with his memorial service to follow at 6:00 p.m., Friday, January 20, 2023, at Broussard’s, 1605 North Major Drive, Beaumont. His cremation arrangements were handled through Broussard’s Crematorium. 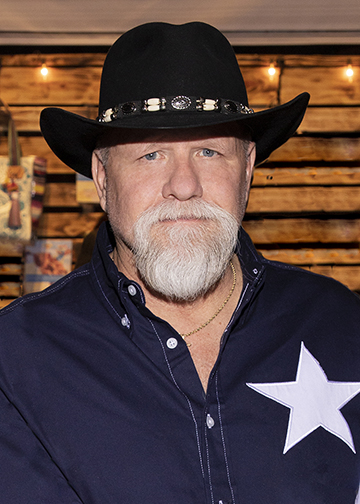 Gear Gafford/Tucker family, deepest condolences on Artie’s passing. You all are in our thoughts & prayers. We love yall! Mabel , Cyndi, & Missie

WE ARE VERY SORRY FOR YOUR LOSS.WE WILL PRAY FOR YOU AND YOUR FAMILY.

Traci and family,
You have been and will continue to be in our thoughts and prayers. May God grant you peace and comfort during this difficult time.

Traci and family we are sending hugs and prayers. We are so sorry for your loss. May God fill your hearts with His love and precious memories of Artie.
Love u
Debbie & Richard

Joel and I are so very sorry to hear of Artie’s passing. We are praying for you all during this difficult time and send all of our love. ❤️

I am so sorry to hear about the loss of Artie. He was such an interesting man and I know he loved Traci with all his heart. Sending the family so much love and comfort in these difficult times.

So sorry for your loss Traci. My prayers and thoughts are with you.

Dear Traci & Boys,
We were so very sorry to read of Artie’s passing. May God fill you with his peace and comfort. May he give you strength in the coming days and may your sweet memories sustain you until you meet again.
Love & Prayers
Lane and Cindy

Our thoughts and prayers are with you at this very sad time. Love you

Our thoughts and prayers.

I am so sorry to hear of Artie’s passing. Tracy, you and the boys are in my prayers. There are no words right now but please know you are in my thoughts and I love you. May God hold you close and comfort you during this difficult time.