Tina was preceded in death by her parents; her first husband, Marion Leland “Dusty” Rhodes; and second husband, Albert Esposito.

We lost our beautiful “Nanina” the Italian Matriarch of our family, after a full and wonderful life filled with the love of the Lord, her family and friends. She has gained her angel wings and is once again moving freely while celebrating with loved ones and our heavenly father.

Tina, an Italian beauty, met Dusty Rhodes, a young handsome sailor in Naples, Italy, during World War II. They fell in love, married and came to America with a newborn baby son in 1948.  She was so proud to be a military wife for over 30 yrs. living in Norfolk, Virginia, Jacksonville, Florida, and moving to Beaumont in 2006 to be closer to family. Her son, Tony, continued the military tradition and became a Navy fighter pilot and Vietnam veteran, another source of great pride for her. Coming to America from Naples, Italy, a very large, energetic and bustling city, was met with many challenges. One of the first being that she spoke no English and arrived in a tiny farm town in rural Georgia with Dusty’s family, who spoke no Italian! She shared many interesting and funny stories from her early days in Georgia, told in her beautiful Italian accent complete with her hand gestures and expressions. The family definitely got a clear picture of her first year in America. She studied hard to learn English, often by watching television, although initially she had a real problem pronouncing “over yonder.” She became a United States citizen and she loved America.

Nanina, as she was known to her grandchildren and great grandchildren, was kind, loving and would do anything for them. She loved her “La Familia” and they loved visiting her, especially on bingo days to see if they could beat her for the candy prizes. They can thank her for their love of pasta, wine, cheese and Italy. The granddaughters especially are grateful to have learned her “sassy” ways.

Going to Tina’s home gave you a glimpse of her culture, from the European decor to the great Mediterranean food accompanied by lively and loud conversation. She was particular about certain things like her simple yet stylish tastes in fashion and the necessity of an always sparkling clean home.  She enjoyed entertaining and her zest for life and high energy made for a lot of good times, laughter and fun. Her dining room table was most traditional. You sat, you ate and drank, you talked and solved the problems you, your family, or other distant families may have, but you did not leave the table. Coffee was served and the wine freshened, specifically Nanina’s treasured Romana Black Sambuca Liquor which was measured out in thimbles, and before you knew it, some two hours had passed. Nanina would clear the table and say she was putting on more coffee, but while she did, she was also putting on the water for the next meal’s spaghetti. At Nanina’s table, you ate, drank and then ate again.

Tina had friends around the world and a huge source of entertainment for her everywhere was playing cards.  When she moved to Beaumont, she was introduced by dear friends to the most wonderful group of ladies who had years of fun together playing cards. Because of her intense enjoyment of these afternoons together, it was quickly learned to never call during the card game, unless it was an emergency of course.

Tina and her second husband, Albert, also from Naples visited family in Italy often. Her children and grandchildren also had the pleasure of traveling with her on occasion. Tina’s vibrant personality could not be contained, especially when she was with her sisters, one a Television actress in Italy. When they were together, the hand motions were everywhere, the voices louder and louder and faster and faster, hugs and more hugs, sheer joy to observe the interactions and the Italian way. After a trip to Naples and a taxi ride (Italian family members never let Nanina drive their cars in Italy for some reason) we understood that cars could not be driven unless one or perhaps both hands were involved in some form of gesture and oral communication with other drivers, pedestrians and saints. One could speak Italian but, without using both hands, one could not communicate in Italian. Years later, as grandchildren began to ride in the car with Nanina driving, some of these hand gestures were mimicked and brought home to parents.

Nanina loved the frequent visits to Naples and the sites of her childhood. We saw her home, her aunt’s home, the city tunnel that served as her bunker during WWII bombings, her beloved espresso coffee bar and bakery. She knew where to shop, where to eat and where to buy the best olives. She gave us the cast iron key to the real city. She truly enjoyed her annual family cruises aboard ocean liners, be they sailing from Galveston, Germany, Barcelona or Venice. She loved gambling onboard and was quite good at it. At cruise end, lots of people would call her name and ask when she would return so they could sit at her table and share in her good luck.

Our family would like to thank all military, both former and active duty for their service. We are also grateful for the loving care and attention of Dr. Caesar Deiparine, Altus Hospice, Calder Wood’s Staff, and especially to Latoya, Paris, Dana, Ingrid for their excellent loving care of our precious Mama Mia.

Her cremation arrangements were handled through Broussard’s Crematorium under the direction of Broussard’s, 1605 North Major Drive, Beaumont. A memorial service will be held at a later date. 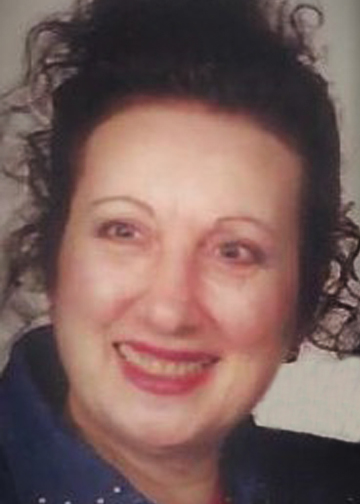 What a wonderful tribute. She was a precious lady with a smile as big as Texas. My memories of her are many. Much love and my deepest sympathy to all of you. God bless.

Not much to add that wonderful tribute other than it was always fun to be around Mama! Maybe not as a family member, if you did not tow the line, but I had the pleasure of only the social side, Just listening to her talk with such expression, and of course, with her Italian accent was always fun. Sorry she had to leave all of us, but now she is entertaining and having fun with those who went before her. Hair always done, impeccably quaffed , and being her sassy self. God speed Mama!