B. Irene was born April 23, 1949, in Beaumont, Texas to Marvin and Dott Spittler. She graduated from Nederland High School in 1967. She attended Chenier Business College and became a legal secretary for six years. She went on to Alvin Community College to become a freelance court reporter for the state of Texas and Louisiana, and upon retirement became a proofreader for other reporters. She was a loving daughter, sister, wife, aunt, mother, mother-in-law, and grandmother.

She is proceeded in death by her parents Marvin and Dott Spittler and sister Martha Spittler Lanier.

In lieu of flowers, memorial contributions may be made to St. Jude Children’s Hospital, 262 Danny Thomas Place, Memphis, Tennessee 38105. 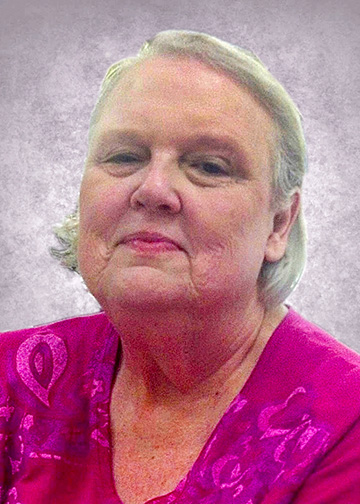 She was always so kind to me & my boys. She was also a loving Grandmother. I will always remember the times I shared with her. My heart is full of joy knowing she is with our Lord. Much love and prayers to all the family but especially to Mr. Meguess.

Irene was always such a quietly thoughtful person whenever I was around her. Although I did not know her very long, she made the impression of caring greatly for other people. For instance, one nite at Bonko in Italian Pie, she asked us if we would stop & pray for a Texas friend who was battling cancer. This greatly impressed me, and I never forgot it. May her family & friends take comfort in knowing that even those who knew her briefly were touched by her thoughtfulness toward others. May she Rest In Peace in the arms of Jeaus! Barbara Barbe (Bonko friend Slidell, LA)

Love and prayers. I know she will be missed.

Larry, Gene, and Kyle, my sincere condolences go out to you all. I enjoyed the years I worked with Irene, and I was so pleased to visit with her at Gina's funeral service. My heart breaks for you all at her loss.

Our condolences. So sad to hear this news.

Sharing in everyone's sadness as I remember my beloved Great-Aunt Irene...and a great aunt she was. We younger generation, are privileged to have had such an amazing lady in our family that we could look up to for support and guidance throughout the years...and of course, her unconditional love (and we can't forget, her millionaire candies). No one will be able to fill her shoes. She was greatly loved and will be deeply missed. My deepest and most heartfelt condolences to Uncle Larry, cousin Gene and family, and cousin Kyle and family during this time of grief. With love and sympathy, Christena

Irene was such a caring, thoughtful and fun loving person. She always said what was on her mind. She will be greatly missed. My condolences and prayers go out to Larry and the family.

Larry, I am so sad for your loss and will continue praying for you and your family. Her earthly suffering battle is over and she is at peace in her heavenly home. I love you and my mom sends her condolences too she is

I proofread for Irene several years. She was such a great court reporter and friend. So very sorry to hear of her passing. May God be with her family during this time of grieving.

It is said that if you have three genuine friends in your life, you are a well balanced person. Irene was one of my three. She will be so missed. My mind is just now letting my heart grasp her passing and Bob and I mourn her so. Larry, Gene and Kyle, with their families, are in our prayers. We love you all and grieve with you.

Prayers and sympathy for the family. Irene was a classmate and we graduated together from NHS. I remember her sweetness and kindness. May she rest peacefully in the arms of Jesus and perpetual light shine upon her.