The eldest daughter of Steve and Mildred Mitchell, Barbara Ann Mitchell Burrow was born on July 18, 1948 in Mansfield, LA.  She grew up in a close family where she learned the values of faith, living by example, paying it forward, loyalty, love, and a good sense of humor.  As a small girl at the age of ten, she began her faith journey with a personal commitment to follow Christ, and this guided her in her decisions until the day she died.

Barbara attended public schools in Shreveport, LA, worked a job at Commercial National Bank, and graduated from Fair Park High School with the class of 1966.  She attended Bible Baptist Church where she served as church pianist for five years, and it was there that she met her husband of 55 years, Michael Burrow.   The inseparable pair married in December of 1967 and moved to Beaumont, Texas in May of 1969 when Mike graduated from Louisiana Tech in Ruston, LA and went to work for Mobil Oil.

Together, Barbara and Mike parented three children, and Barbara used her many gifts and talents in service of God and man.  Musically gifted from a young age, she served as church pianist for six different congregations.  Additionally, she taught Bible and Sunday School classes, and she predominantly worked with young people and women’s groups as a leader and advisor. Blessed with the Irish gift of gab and a natural teaching ability, Barbara was known to offer lessons, quips, wit, and wisdom to everyone around her with a smile and a gleam in her eye. In going through all of the countless messages from family and friends, we have discovered how consistently she lived her values.  Both well-beloved friends and total strangers in distress were offered practical help, wisdom, and resources from Barbara, and she would put her hands and feet to work to help when she determined that there was a need.  The family found letters and cards from people we did not even know who were thanking her for the time, help, and care they had received.  She eventually founded the Candleglow Ladies Ministry and hosted many retreats with her dear friend where she further used her gifts of teaching and encouragement.

Barbara practiced a humorous hybrid form of Southern genteel feminism ahead of its time that she did not like to acknowledge as anything other than just “being feisty.” She had a quick temper when she was younger that mellowed over time into standing firmly against injustice.  Whether she was writing letters to the editor, schooling an authority that had overstepped the bounds of decency, or checking someone for being rude, she could be savage with a comeback and would let you know if  you had crossed a boundary right away.  She had a way of checking a bully and stood up for those without a voice, particularly children.  However, she could also be quick to forgive a sincere apology.  She was a lady and expected to always be treated as one.  She often told her daughters and nieces, “don’t ever allow anyone to make you lose your dignity.”

Notorious as a “dabbler,” Barbara had many avid interests.  She was a lifelong learner and passed on her love of music, reading, and writing fiction and poetry to different children and grandchildren.  She also enjoyed studying child psychology and perfecting the art of marathon shopping with her daughters and nieces, whom she affectionately called the YaYa Sisterhood.  Our annual shopping trips were legendary, rife with late night bargain hunting, chocolate, laughter, and ritual initiations for new members.

Barbara immersed herself in the lives of her children, volunteering as room mother and working in the PTAs at many public and private schools throughout the Beaumont area. She made everything about growing up “magical,” as her children and grandchildren will tell you, from birthday celebrations with homemade cakes she decorated and unique party games to running through the house the week before Halloween laughing as we grabbed whatever she had around the house to create homemade costumes to treasure hunts and patching up broken hearts with honey buns and hugs.

Barbara departed this life December 31, 2022, and it was fitting that this was the last day of the year, as she notably finished everything she began.  She was preceded in death by her beloved parents, Steve and Mildred Mitchell, her infant child, her baby brother, Steve Henry Mitchell, and her little sister, Sharon Lucille Mitchell Christopher.  Her fervent belief was that they would all loudly greet her and heaven would enjoy some shenanigans and raucous laughter as the three siblings always had the best time when they were all together.

One of her favorite verses was Psalm 71: 17-18:  “O God, thou hast taught me from my youth: and hitherto have I declared thy wondrous works. Now also when I am old and grey headed, O God, forsake me not; until I have shown thy strength unto this generation, and thy power to every one that is to come.”  When Barbara passed suddenly and shockingly from our family, she did so over a series of days with dignity and on her terms, exactly the way she lived her life.  She maintained her sense-of-humor and grace even while facing a stroke that threatened to strip her of her humanity and the faith by which she lived.  In the end, she was surrounded by many who cherished her, including all of her children and grandchildren, some of whom made long journeys to make sure they properly sent her off to her eternal home.  One of the nurses at St. Luke’s commented that she was not sure there was such a thing as a “perfect death,” but our mother’s was the closest she had ever seen because “you can feel the love.”  This great love that drew each person to her side like a magnet was due to her investment in each one of us, who all knew beyond a doubt how valued and loved we were, for she did not fail to show us whether it was time spent attending important events for us or our children,  long conversations about our heartaches and victories, attention to the smallest details of our lives, or her uncanny ability to see the best in us.  She loved with everything she had, and in this disconnected world it drew us to her and together.

Her funeral service will be held at 11:00 a.m., on Thursday, January 5, 2023, at Westgate Memorial Baptist Church, 6220 Westgate Drive, Beaumont, officiated by Pastor Raymond McHenry. Her interment will follow at Forest Lawn Memorial Park, Beaumont, with a celebration of Barbara’s life hosted by her family at 6810 Hialeah Drive, Beaumont.

The family of Barbara asks that you pray for all of us in the days ahead as we navigate this grief and continue the sequel without “the main character.”  If you choose to donate to a cause instead of sending flowers, please send donations to St. Jude’s Children’s Hospital, 501 St. Jude Place, Memphis, Tennessee 38105 or Hope Women’s Resource Clinic of Beaumont, 3740 Laurel Avenue, Beaumont, Texas 77707, as mother loved and advocated for children and their mothers her entire life. 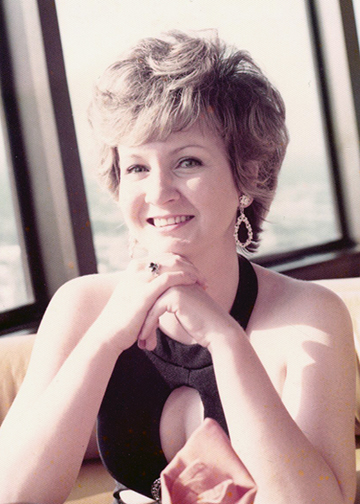 Mike and family,
You have our deepest condolences. May Barbara Rest In Peace.

I called Barbara my forever friend. She took me under her wing as a 19 year old newly licensed hairdresser and stuck with me until I married, started my family, and decided to be a stay at home mom. She gave me my baby shower. She stood with me with messages of encouragement and faith through the deaths of my parents and both my children. (Even when she was in deep grief herself for her parents and siblings.). She prayed for us and with me for my grandchildren. She would remind me not to give up…lean on the Word.
We talked about listening for the sound of the trumpet calling us home. I just…..loved her….her genuine sincere loving spirit, her sense of humor, her boldness to stand up for what’s right.
I will pray for all y’all in this loss and deep heartache.
Thank you Mike, Christy, Dani, and Scott for sharing her with us.

I had the great pleasure of meeting Mrs. Burrow while I was working for Mr. Burrow at Englobal. She was just so sweet and friendly. My thoughts and prayers go to the family. May you allow the great memories to carry you through this difficult time.

Christi, Bryan, and families I am so sorry for the loss of your Precious Mom. I love you and your family and you all will be in my continued
THOUGHTS AND PRAYERS.
RIP MS. BARBARA😇🌹🙏🏻🙏🏻

I have known Barbara since we were in elementary school. She was a very sweet, lovable lady. Very talented. My husband went to high school with Mike and often rode to Tech with him. He’s a very nice gentleman and I can see how he and Barbara fit together so well and made such a beautiful family and life for them. I’m sorry she has left so soon but we know without a doubt she is a very happy lady now.

It was my joy and pleasure to know Barbie as a friend on facebook. I was always blessed by her love for her family and now to know you all loved her as adoringly does my heart good. My prayers are with you all as you celebrate her God-glorifying life and the fact that the redeemed will be together again. What a blessed family y’all are!
We grieve with hope. 1 Thessalonians 4:14-18 💙🙏🏻

We are truly saddened to hear of the passing of Mrs. Burrow.
As an employee of Burrow Global Construction we would like to express our deepest sympathy and heartfelt prayers for you and your family during this time.
We are praying for peace and comfort in the days, weeks, and months ahead that only God can provide.

Our thoughts and prayers go out to all of the Burrow family and loved ones. May GOD grant her salvation and a eternal life, as a member of the family of GOD, in heaven.

Momma Burrow, I am so blessed to have been able to have known you for 40+ years. Absolutely one of the most caring, loving people I have ever had the pleasure of knowing and I consider myself blessed that I got to grow up with her as one of my “second mom’s”, as she was to so many. She always knew just what you needed, whether it be a hug, a smile, a little message of encouragement and strength or even a good old talking to. I will forever cherish all the memories I have of her. She was a beautiful soul, and will be truly missed. Danielle, Christy, Scott, and the rest of the family, you are in our hearts and prayers.

Thankful to know and care for Barbara’s immediate Mitchell and Burrow families. Thankful to FB to have the opportunity to reconnect our memories we all shared at Bible Baptist Church, Shreveport. Mike and family, thinking of you with prayer, grace and mercy that only God can provide.