Barbara Jeanne Fussell, 85, of Beaumont, died Saturday, August 15, 2020, at Beaumont Health Care Center, Beaumont. Barbara was born in Decatur, Alabama, to John A. Meadows and Jeanne Draper.  She lived there until she was a teenager and moved to Beaumont with her father. She remained in Beaumont for the remainder of her life.

Barbara and her husband Terry have a yours, mine and our family. When Terry had to be away for work, Barbara held down the fort and took care of the kids, often while having jobs outside the home. She was beautiful, funny and fun-loving, feisty, independent, hard-working and caring.

She wholeheartedly enjoyed family and friends and gathering with them. A gathering might be as simple as an impromptu Sunday barbeque or a whole family holiday get-together. It was not uncommon for her to include extended family and acquaintances that might not be near their own family at the time. It was very late in life before she was ready to have the next generation do the “heavy-lifting” for the big events.

The family would like to express our very special thanks to the staffs of both Beaumont Health Care Center and Kindred Hospice.

A memorial service may be held at some time in the future. 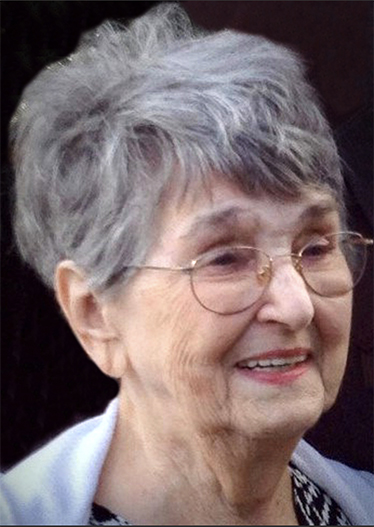 Scott and Jennifer, So sorry for the loss of your Mom.. May God bless you and your family with peace and comfort.. â¤ï¸ Clydelle Collins Ammerman

i will never forget how funny she was and that amazing laugh. she was always smiling and cutting up. i will always hold our family time with cousins at their house and summer trips to the beach and fishing dear to me. . had some of the greatest summers of my life down there.with uncle terry and aunt barbara. til we meet again.

I will always remember your beautiful soul, warm hugs, sparkling eyes, graciousness and that adorable laugh. Rest easy my sweet Aunt Barbara. We'll take it from here. Thank you for loving me, my mom, dad and sister. Thank you for loving my Uncle and giving me two baby cousins to grow up with. Thank you for being an amazing person. I will miss you so much. We will see each other again. Until then, hug my mom and dad for me.

Rest well Mrs Fussell you will be truly missed...It was a blessing to care for you it truly hurt my heart that you left us. I Love you Mrs Fussell

My deepest sympathy and prayers for all of you. We loved having Mrs. Fussell with us as well as all of yâ€™all. She was a precious soul and will be missed dearly. Love, Tammy

Mr. Terry, My Thoughts and Prayers are with you during this difficult time. Bingo Brandi