Barbara worked as a Bookkeeper and Special Education Secretary, with her last ten years spent at Vidor ISD. She enjoyed sewing, including quilting and crafts, and had a big heart for animals. Barbara especially enjoyed spending time with her family.

She was preceded in death by her parents; sister, Patricia Riley; and granddaughter-in-law, Sheena Yarbrough-Powell.

Cremation arrangements were handled through Broussard’s Crematorium, under the direction of Broussard’s, 2000 McFaddin Avenue, Beaumont. 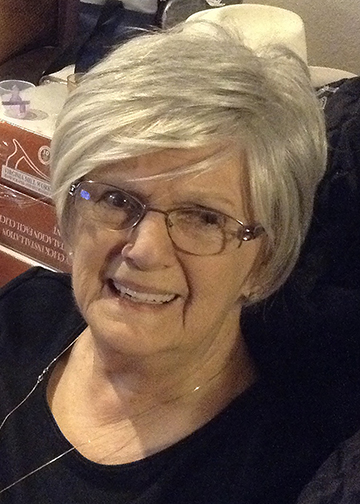 David and I are so sorry to hear about Ms. Barbara we adored her so much. She was a very sweet and special friend. We went to The Methodist church together and she always checked on us. Continued Prayers for you and your family.

So sorry for your loss. She was a very sweet lady. Prayers for her family.

Such a sweet lady, we enjoyed meeting her and having her in our home. She was loved and we know she’ll be missed. Love from
PawPaw and MeMaw

I loved sweet Barbara. She was gentle and kind. I know she loved her family, especially the grandkids… and greatgrands. ❤️

Barbara was a very sweet lady. I worked a short time with her at VISD. Prayers for her family during this difficult time.

Ms. Powell was a wonderful and fun person to know. She was always so welcoming and supportive of me and my teacher colleagues. I’m a better person and teacher for knowing her and her dear family.

My deepest sympathy and condolences to Barbara’s family. I worked with Barbara years ago at GSE in Houston. We shared a common bond over the love of our pets and I enjoyed many visits with her about them. She was one of a handful of people that truly understood the love and loss of our four legged babies. She also spoke often of her children and grandchildren. She was a wonderful lady and will be missed by all who knew and loved her.

Ms. Barbara was a precious lady. I was privileged to work with her for a short time. She was always so kind-hearted and helpful.
Sending prayers to her family.