Barbara Ann Rayburn, 82, of Angleton, Texas passed peacefully from this life to the next on July 11, 2021, with family by her side. She was born September 20, 1938, the first of four children to Melba Marie Hidalgo Craigen and Joseph William Craigen.

Barbara was raised in Fannett where she felt privileged to grow up with many aunts, uncles and cousins living on the same street. She was a graduate of Fannett High School and graduated top ten in her class. During her high school years, Barbara was active in the band, played sports, and was a Fannett Falcon cheerleader. Upon graduating, she attended Chenier Business College in Beaumont while her high school beau, Noel Rayburn, played basketball for Wharton Junior College. Shortly after, Barbara and Noel married and started their family of four children in Fannett.

Barbara was a committed housewife/mother and a fantastic cook. Her French upbringing was obvious in her amazing cajun cuisine, but she was most noted for her delicious pork roast with rice and gravy. One of her greatest joys in life was supporting her children in their various activities: Kyle’s baseball games, Traci’s twirling contests, Janice’s band concerts and Gwen’s cheerleading and sports. She was a skilled seamstress, making outfits for her girls, sewing costumes for the twirlers, and altering uniforms for the Hamshire-Fannett band.

As Barbara’s children began to grow, she felt a need to prioritize her faith. She gave her life to Christ and became a member of the First Baptist Church of Fannett where she attended regularly and sang in the choir. It was important for her that she raise her children to have a strong faith and a good education. She always pushed her girls academically so that they could stand on their own feet and provide for themselves. She would often tell her girls, “You’ve got to get an education to provide for yourselves because guys can always dig a ditch to make a living.” As a result, she was proud that all her children became high achievers both in school and in life. At the age of 49 years, she also decided she wanted to further her education and enrolled at Lamar University, completing her nursing degree and becoming a Registered Nurse. After obtaining her degree, she worked for 10 years at St. Elizabeth hospital as a charge nurse. During this time, she was able to build a home in Winnie where she enjoyed hosting weekly family dinners, holiday gatherings, and the occasional crawfish boil and pool party. She loved traveling, good music, and Broadway shows.

After retirement, Barbara enjoyed a new life on Lake Sam Rayburn where she moved in with her daughter, Gwen, and granddaughters, Brooke and Traci. This lake home was a popular setting for family Thanksgiving; here, family and friends would enjoy delicious food and great campfires. In later years, Barbara moved in with her daughter, Janice, in Angleton, TX where she enjoyed drinking coffee on the back patio while feeding their pet deer, Elfie. She became an avid Astros fan and would schedule her day around the answer to this question: “Siri, what time do the Astros play today?”. She enjoyed playing a good card game of Hand and Foot, binge watching international films on Netflix, and indulging in anything sweet. As much as she enjoyed life, Barbara’s greatest joy was her children, grandchildren, and great-grandchildren; she was very proud to be called “Nanny”.

Memorial contributions may be made to First Baptist Church of Hamshire, 25304 Highway 124, Hamshire, Texas 77622. 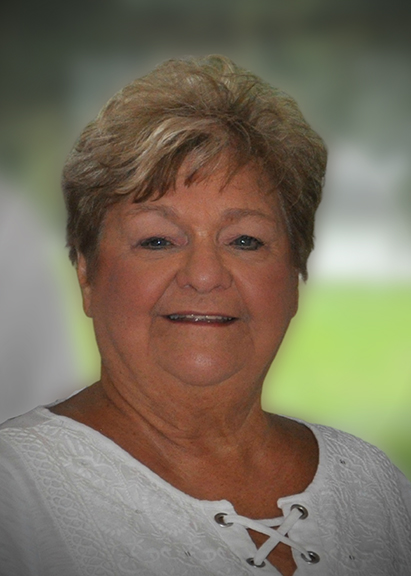 Janice, I am so sorry for your loss. Your grandfather Joe spent many a day. at my kitchen table talking to my mom Bessie Lee as he called her.. my prayers are for your family.

Barbara was a wonderful lady that I’ll never forget. I worked for her daughter Gwen for 13 years and grew to love all of their family. It is such a loss to all that loved them all so sudden. You will forever be remembered as so will all your children that left to soon. Fly high Barbara and sail through the clouds as you sailed through your life. Love and miss you.

I mourn the passing of a great, caring, loving Aunt. Extra special to me in my life when I really needed someone She truly understood the meaning of family. She will be remembered and missed.

I graduated RN school with Barbara, and after all these years still recall many funny stories and fond memories. May the wonderful memories you have of her sustain you through the difficult days ahead.

I am so very sorry to hear of your loss. Barbara was such a wonderful lady and was a great part of my life. I have very many special memories of being in her home.i thank you all for all you did for me. Prayers for all of you.

I didn’t know Barbara long but I know she was a very loving and accepting person! I feel so blessed to have gotten to know she and her family . They are so welcoming and warm. I’m sure that was taught their whole lives by Barbara! Rest In Peace Barbara. You can have all the candy and sweets you want now! Go Astros!

We are sorry hear about Barbra

So sorry for the loss of Barbara. May God bless the family.