He attended Kountze High School and grew up in the Big Thicket where he loved to hunt with his father.  Soon after graduation, he enlisted in the Army.  Not much is known about his Army duties because he kept it secret.  He was stationed in Germany for five years and was in the Signal Intelligence Agency.  He always said that nothing went across the airwaves he didn’t know about.  He was granted top secret security clearance and traveled to several countries as a civilian.  He was also in the Military Police where he came in contact with very important military officials.  He spoke of helping set up the communication department of NATO when it was established.

After returning home, he met Louise on a blind date. They later married, a love that lasted almost seventy years. He and Louise had four daughters, Sarah, Peggy, Donna, and Sissy. They say he was the best father ever and taught them essential things like changing a perfectly good tire in less than fifteen minutes so not to be stranded on the side of the road. He was proud of each of them and the accomplishments they have made especially their educations.  He was also very proud of his grandchildren and great-grandchildren.  He loved each of them differently but in a way that they needed.

Bennie had several professions during his life, oilfield worker, owner of Como’s TV and Hardin County Butane, before being elected Judge.  This was his favorite career because he said he got to make a difference and help the most people.  He was also a preacher and built a chapel at his home. He started building a place to pray and didn’t stop until God told him to and by then he had built the whole chapel.  His faith was strong and important to him.

He learned to scuba dive at the age of 72 and throughout his diving travels, he and Louise decided to help the children of Belize.  They were missionaries for ten years and made a difference in many lives.

Bennie enjoyed wood working and always had a project going or trying to keep up with Louise’s projects.  They also spent time quilting together and have made many beautiful quilts.  He loved hanging out with his dog, Buddy.  For ten years they went everywhere together.  Other favorite pastimes were coin collecting and baking.  He spent many hours sorting coins, looking for that special one needed for his collection.  He loved to make sugar cookies and his secret BBQ sauce recipe.

Throughout his life, Bennie came in contact with numerous people, and he hoped he changed their lives in some way for the better.  He truly loved his life focusing on God, family, and country. He will be missed and is finally home and reunited with his wife.

Survivors include his daughters, Sarah Christopher and her husband, Rodger, of Crystal Beach; and Peggy Yates, and Donna Flanakin and her husband, Mark, all of Silsbee; grandchildren, Leeanne Bowerman of Beaumont; Kelli Jones and Samuel Jones, both of Lumberton; Amy Pustka and her husband, Robert, and Bennie Griffin and her husband, Jason, all of Silsbee; Sawyer Flanakin and his wife, Jane, of Austin; Cutler Flanakin and his fiancée, Hope Harrison, of Jasper; T.J. Longshore and his wife, Amy, of Austin; and Kennedy Barnett of Dallas; great-grandchildren, Hannah Middleton, Olivia Bowerman, Isabella Bowerman, Max Jones, A’Jeon Iglesias, Emily Pustka, and Lottie Atkinson; sister, Marie Hillin of Buna; and numerous nieces and nephews.  He is preceded in death by his parents; wife, Mina Louise Como; daughter, Sissy Barnett; and his siblings. 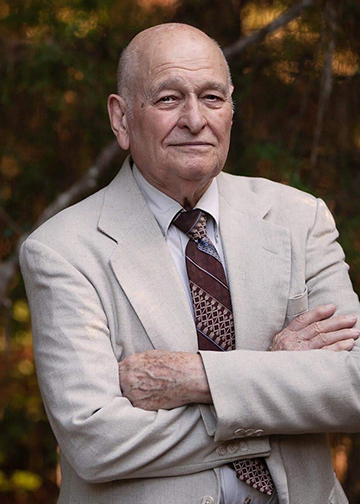 They are together forever is the presence of their Lord, Gods peace to all the family.

Good and faithful servant is being given his just reward. What a legacy he and Mrs. Como have left for their family and friends. May our good Lord wrap you all in his loving arms and bring you His peace. I was privileged to have known them both.

Bennie was a very special man & will truly be missed by a lot of people. He was a dedicated man. He & Louise are together agai. Prayers to all of you.

Donna and family, so sorry to hear of Mr Como’s passing. He was a great, honest, God fearing man. He always treated me so kindly, seems I was always having to go “visit” him in his office way back there in the late 70s and 80s.
I’m sorry for your loss and for our community’s loss.
Johnny

Prayers for the family. So soon after Louise.

The Comos were missionaries in Belize for years. Many a family benefited from the kindness of the Comos. A caring, giving family.

I’m sorry to see the loss of your dad, Paw Paw Como, as me and my kids called him. He truly died of a broken heart. I have fawn memories of them both and what a help you your dad was when Kenneth and I started out.
Rest In Peace, job well done both of you.
Patsy Pickering and family

Judge, I will always remember you as a very kind, decent, Godly man who loved his fellow man. You were a great JP that I truly enjoyed working with when I was in law enforcement. I enjoyed when you did the bbq cookouts for your church in Kountze and I was on midnights. We would talk for hours. When I was a young boy, y’all lived down the street from me in Kountze and I played with your girls. You were the local tv repairman. I also took piano lessons with one of the girls. Enjoy your heavenly reunion with your wife and daughter.

Have precious memories of Bro.Como when our families went to the same church. I even worked awhile for him when he was JP for precinct 2.
He was the same at work as he was at church. Our thoughts and prayers are with his daughters and their families.