Betty Louise Hartman, 92, of Beaumont, died Wednesday, April 22, 2020. She was born on December 7, 1927, to Irma McConnico Settle and John Miller Settle, in Beaumont. Betty taught line dancing at the Beaumont Senior Center for many years.

She is preceded in death by her husband, Howard Hartman and daughter, Sheila Collins.

A family graveside service will be held at Forest Lawn Memorial Park, Beaumont, under the direction of Broussard’s, 1605 North Major Drive, Beaumont. 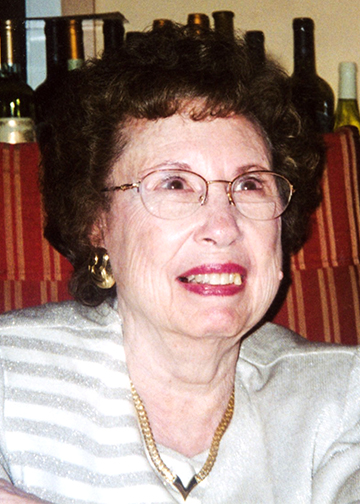 Betty will be missed. My sympathy and prayers are with you at this sad time.

Rick, I am sorry to hear of your loss. May God comfort you and your family in this time of sorrow...

Betty will be missed. We spent many happy, fun times line dancing. My thoughts and prayers are with her family at this sad time.

I am sorry for your loss. I spent many, many hours line dancing in Betty's class at the best years center and performing with her on the Boot scooter'S line dancing team. She was a good teacher AND WE ALL HAD A LOT OF FUN IN THE CLASS..

So sorry to hear about Betty's death. She was a great lady. Ruel and I were friends of Betty and Howard and went dancing together for many years.. I was also in the Boot Scooters.