Surrounded by her children, Betty Lou Parker (McWatters) died peacefully on December 19, 2020 in her home in Beaumont, Texas following a brief illness and hospitalization.

Betty was born in Texarkana Texas August 10, 1939 and raised in Pittsburg, Texas where she attended elementary though high school and later Kilgore College.  She owned and operated McWatters Real Estate in Pittsburg, Texas from 1978-1989.   A lifelong resident of Pittsburg until she relocated to Vermont in 1989.  There she owned and operated a tavern in the township of Vergennes until moving to Beaumont to be closer to family and grandchildren.  She spent a year in Blacksburg, VA living with daughter Amanda, who was on faculty at Virginia Tech University at the time.  Upon Amanda’s transfer to Rockefeller University in NYC Betty returned to Beaumont and took up the grand task of being a wonderful grandmother.

During her professional career she was named Realtor of the year twice and Woman of the Year awarded by the Pittsburg Chamber of Commerce 1984.   She was a Master Gardener and very involved in the city of Beaumont’s Best Years Senior Center were pottery became her latest passion.  Her sense of adventure led her to skydive on her 60thbirthday and she had hoped to one day hike the Appalachian Trail.

Due to COVID 19 the family will hold a private ceremony in her honor, under the direction of Broussard’s, 2000 McFaddin Avenue, Beaumont, and plan a larger celebration of her life at a future date, when travel and gathering together is once again safe. 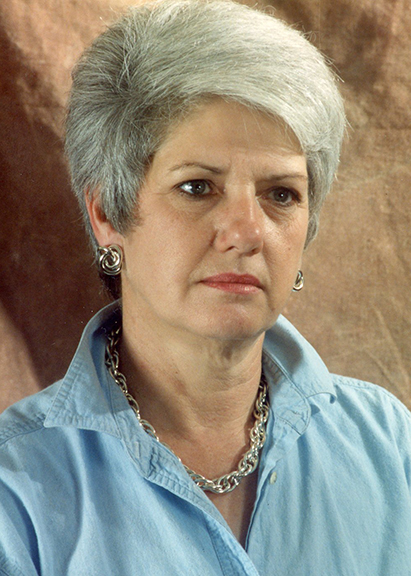 Betty was one of my best friends. She was a person that was going to stand up for what she believed in. She will be so missed. Heaven has a wonderful angel and some day Iâ€™ll see her again. Rest In Peace my friend. Love you Kathy

I met Betty years ago when the 2 of us worked together at JCPenney in Christiansburg, Va. We became close friends. I missed her dearly when she moved back to Tx. We kept in touch with cards, letters and phone calls. The last time we spoke was in March. Betty will always have a special place in my heart. I'll miss you my sweet friend. Go rest high on the mountain. Prayers of comfort for Betty' s family.

Betty was a very special lady, so honored to have known her and blessed to get to visit with her when doing her hair. She will be missed.

Betty was a good friend! I met her through the Best Years Center and enjoyed playing Pokeno with her and other friends. Betty was savvy, honest, witty and a delight to be around. I will always admire her enthusiasm and will miss her dearly. Love and prayers to her family.

We were so sorry to hear about Bettyâ€™s passing. Betty (Mimi) & I spent many afternoons watching the kids play on the driveway. I enjoyed our time together. She will be missed.