The youngest of four children, she was raised in the Sun Oil Camp in Winnie where she made many lifelong friends and memories. Growing up in a Christain home, they spent many years gathering and singing gospel music together.  Beverly loved baking with her sisters and had a love for writing poetry. She attended East Chambers High School and was a graduate in the class of 1959. She was loved by her peers and held many accomplishments in high school. Some of them included class officer, nominated most beautiful, and head cheerleader. There she met her first love, Sammy Devillier. They were married December 5, 1957. Together they had three children, Kyle, Yale, and Jill. She was a stay at home wife and mother to their 3 children and caretaker of her grandchildren for many years. After the passing of her first husband, God granted her the gift of a new love, Charles Kiker. They were married January 14, 2007. After losing both of their spouses and finding each other, they shared a wonderful life together for the past 16 years. Both families embraced their union and became a family together.  Beverly had a wonderful personality and disposition. She was full of jokes, rhymes and sayings that will continue to be heard throughout her family.  Beverly was loved by many and will be forever in the hearts of all that knew her. 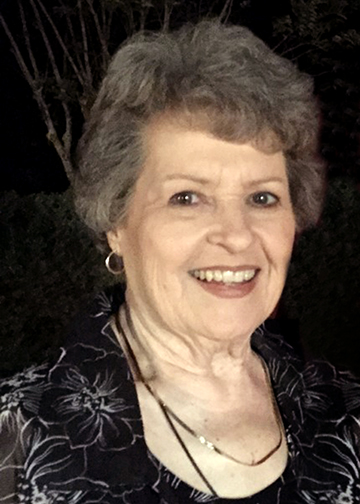 Charles our thoughts and prayers are with you.

We at Jujus Crawfish are so saddened of the loss of Mrs Kiker! She will be greatly missed by us, Mr. Charles we are so sorry! Many prayers! We loved knowing y’all over the many many years! ❤️

Beverly was a kind, friendly, funny woman. I truly admired her. She had wonderful kids, and that is reflective on the parent. She will be missed.

MY PRAYERS AND THOUGHTS GO OUT TO ALL THE FAMILY

Auntie was 12 years older than me and she hauled me around on her hip for years. When I was in HS, she was my “cool” and fun aunt. She was also my friend and was there for me during many trying times in my life, always wanting to help. I loved her dearly and will miss her so much! Praying for Charles, Jill, Erin, Erica, Jett, Kassie, Kade, and all her grands! Our loss is Heaven’s gain.

so sorry for your loss, charles

Jill and family so sorry for the passing of your mother. Will be keeping all of you in my thoughts and prayers. She will be missed.

Words cannot begin to express the love I feel for this special lady and her family. My heart goes out to all the family, especially my dearest friend Jill. I have so many special memories of Mrs. Devillier, her songs, her laughter, her smile, and mostly her beautiful heart. Jill, you’ve endured so much in the past few years. I know your faith in God gives you peace and comfort. I love you and am here for you my friend!

Words can express the sorrow that I have for the family. I remember spending lots of time out at the house with Jill. Ms. Beverly could always make you laugh and always had a smile on her face. She also laughed at me when I would eat rice with ketchup Jill my heart hurts for you and the family. Love ya.

I know Beverly will be greatly missed by all who knew her , especially her family! She loved kids and loved cutting up with them! RIP my friend!!!!

So sorry !! We loved Beverly and will miss her !! Sending prayers!

Our thoughts and prayers are with the Devillier & Kiker family, Beverly was a very kind person.

Beverly was a delight to know and be around. She was always smiling and happy and had many funny stories to tell. I will miss her also.

I’m so sorry to hear about Mrs. Beverly! She was the sweetest person and was always so good to me when I was in high school! I would often run into her at the grocery store in Winnie with my mom and she would talk to us as if no time had passed! She will definitely be missed! My heart goes out to her family…Praying for you all!

our prayers are with you at this time—clyde/ruth richmond

Words alone are not enough at a time like this, but comforting words from family, friends and neighbors can go a long way. Since knowing Mrs. Devillier for over 50 years, even as as a kid in high school, I have never known her to show a sign of hatred or racism toward anyone. This is what made her such a lovable, approachable, and sweet lady. She will truly be missed by many. My prayers go out to all of the Devillier’s and Kiker’s during this time of need.

So sorry for your loss. She will greatly be missed.

We mourn with the family at such a great loss. We celebrate her homecoming in Heaven for a life well-lived…she was a blessing to this community.