Upon graduation from Van High School, Bill entered the US Navy.  His service time was spent as an air traffic controller at the Naval Air Station in Olathe, Kansas.  The cross country air field stayed very busy during the Korean Conflict.  When his tour of duty was done, he was encouraged to attend Officer Training School.  However, he chose to take the GI Bill and enrolled at Texas A&M College.  Entomology became his major.

Bill worked three jobs to help fund his college expenses.  He was a natural born leader at an early age beginning as Liggett Hall dorm counselor.  He was very proud to have served as Civilian Student Council President.

Bill graduated from Texas A&M as a proud member of the class of 1957.  Anyone who knew Bill recognized that Aggieland was an integral part of his life.  His lifelong devotion to the school, and particularly the College of Entomology, was a passion he shared with friends and family.

Upon his graduation, Bill surveyed various locations for an opportunity to establish a new pest control company.  He chose Beaumont, Texas and moved there in early 1958.  He began his one-man business soliciting sales door to door in the morning and changed into work clothes to render pest control services each afternoon.  The family likes to joke that it was akin to Superman changing clothes in a phone booth.

Slowly the business grew until it ranked as one of the largest in the state based on personal ownership.  The family cannot count the number of times we’ve heard people ask “are you THE Bill Clark?”  The business was built on the labors of incredible employees – many of whom worked for Mr. Clark for decades.

Bill was generous to a fault.  He donated resources to countless worthy causes and charities.  He developed a reputation amongst his peers as an effective fundraiser – particularly when it came to projects at his beloved Aggieland.  Many building projects and scholarships exist today because of his generosity and dogged determination to get the bottom line accomplished.  His many contributions were recognized when he was honored as a member of the Texas A&M Legacy Society.

After 60+ years at the helm of his business, Bill chose to sell the company within – thus protecting the legacy of the hundreds of loyal employees who helped him build the iconic brand.  Today, Bill Clark Pest Control continues to serve the citizens of Beaumont, the Golden Triangle and beyond.

The years of hard work allowed Bill and Casey to travel to many parts of the world. When asked, he would always say his favorite place to visit was the last distant destination he had visited.

In lieu of flowers, please make any memorial contributions in Bill’s name to an organization of your choosing. 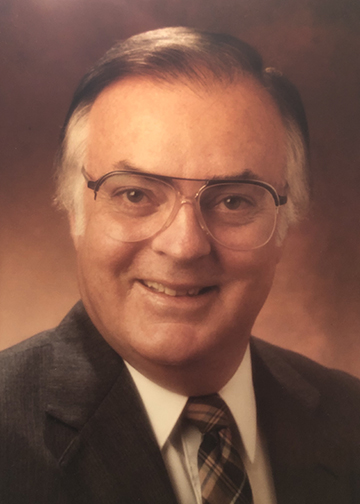 My Sympathy is extended to the Clark family. I first met Bill in the 1960’s my when I opened up Greengate GARDEN Center on NORTH 10th, in Beaumont. I have many fond memories of him. He was a fine man and an asset to the Beaumont Community.

My deepest sympathies in your time of loss of this extraordinary man. My brother owned a pest control company in central Texas. When I moved to this area, I asked him who to call for extermination services. He told me “Bill Clark! Don’t call anybody else! That man knows his profession!!” My brother advised me correctly.
Peace to your family.

Bill will be sorely missed. He was an amazing man, a true gentleman, loyal, honest, humble, funny and a great friend. He positively impacted so many lives with his generosity, including my own.

My favorite memories are from spending time at his deer camps. He always had a great smile on his face on those trips and was an amazing host – always wanting the best for his friends.

God Bless Casey and his family. He will never be forgotten.

Our deepest sympathy and condolences go out to Mr. Clarks family and friends. It appears that he was blessed with a wonderful life and family.

Bill was one of the nicest gentleman I ever had the privilege of knowing. He had the most distinctive voice. My wife and I were waiting for a connecting flight to Houston at Dulles Airport. I hear a man behind me speaking to his wife. I immediately thought, I know that man. Yep, it was Bill. My condolences to Casey and Bill’s family. A life well lived, RIP Bill.

I never had the opportunity to meet the Man but after reading his obituary if that ain’t self made I don’t know what is!!! Prayers to his wife and family in the days ahead.