Bill David Lindsey was born on March 14, 1942, in Jasper, Texas to Oscar David and Musie Mae Lindsey. He was raised in Pineland, Texas by his paternal grandparents, John and Kittie Lee Lindsey, along with his sister, Diana Lindsey Briener and first cousin, Sandra Lewis Easley.

Bill graduated from Pineland High School in 1960. After working four years on the pipeline all over the country, he joined Southwestern Life Insurance company. He was the founder, President, and CEO of Greentree Administrator in Beaumont, Texas for forty years. He later sold the company and retired.

His hobbies included golfing, woodworking, and traveling. He was a Christian man who always put God first in his life. In later years, his thirst for knowledge of the bible led him to reading scripture.

He married Minnie Zummo on June 28, 1996. Having no biological children of his own, he embraced her children, many grandchildren, and great-grandchildren whom he dearly loved. Bill truly enjoyed his Sunday, “Mima and Papa Bill’s day” with the great-grandchildren. Bill would play every game from monopoly to soccer, and golf. He was the one who spent many relentless hours putting toys together, especially legos.

Minnie and Bill loved all their wonderful trips to Europe, but most importantly sharing them with all their dear friends. The memories will be cherished forever.

He is preceded in death by his parents, Musi Lindsey and Oscar Lindsey; grandparents, John and Kitty Lindsey, and sister, Sue Hoffman, all from Pineland.

In lieu of flowers, memorial contributions may be made to Our Lady of Assumption Catholic Church, 4445 Avenue A, Beaumont, Texas 77704 or an organization of one’s choice. 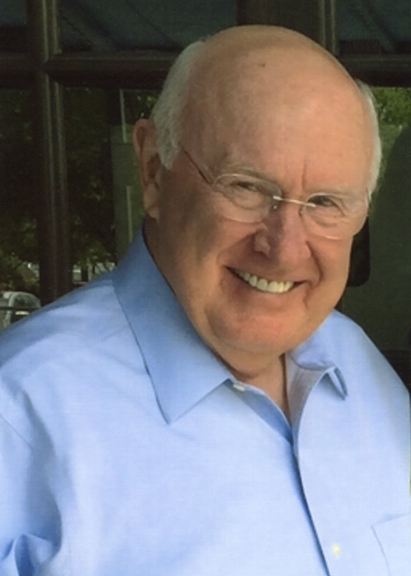 A Gathering of Mr. Lindsey's family and friends

A Gathering of Mr. Lindsey's family and friends

I loved my Billy D with all my heart! What a wonderful friend and I will miss him immensely! RIP Bill and remember what I said about Jack. We ALL love him too, ore than works can say!

Joi D’Entremont Joiful is what Bill always called me

Billy Dwas one of my most favorite people. He was so special and fun . The best boss one could ever have . Mor than a boss he was a true friend . I was so blessed to have known and worked for him. So many memories come to mind . Minnie and Bill were a rare couple. My heart and prayers go out to you Minnie and your family. My prayers and thoughts will be thoughts are with you. Love Joi D’Entremont

My condolences to Bill's family. He will be missed at morning coffee but left us with fond memories.

George and I send our deepest condolences to Minnie and family. We shared so many memories through the years,, and we were fortunate to talk to Bill during the last week. I know he was welcomed into the Eternal Heaven, and he was looking forward to this.. Prayers and love to all his many friends and family..

So very sorry for the loss of Bill. Never saw him without a smile on his face and always asking about my husband and kids. A true treasure of. man. He will be missed by many.

Prayers to the family. RIP Bill

Bill was a good guy andgood friend. Minnie, so sorry for your lost. May his soul and all the Souls of the faithful departed, REST_IN _PEACE.

Our deepest condolences to our Dear Minnie and the Zummo Family. We will miss Bill and his wonderful smile. Remembering all the great gatherings we enjoyed together and our trip to Spain for our daughter’s wedding. with Minnie.. Wonderful couple and wonderful man?? RIP God bless.

I had the pleasure of knowing Bill since the early 1980's. He was a part of my extended family then and after going our separate ways, we met up again when he married Minnie. I would share hugs, kisses and fond memories at church on the weekends. He was a great man who will be missed. That wonderful laugh and contagious smile will remain with me forever. May he rest in peace. Love you ... Uncle Bill.

You've always been my big brother that I've looked up to & admired my entire life. Oh, how I miss you.....I'm so thankful for that wonderful day that I got to spend in the Hospital with you a couple of weeks ago. You were so brave and at peace about this journey. The last time I saw you, you waved, smiled & said "I'll see you in Heaven!" Yes, indeed. we will meet again! Your loving sister, Diana

My good friend Bill and I have traveled this road of life for many years. Sandy and I will truly miss him.

You will be missed Mr. Lindsey. I worked for you at GreenTree Administrators for twenty some odd years. I enjoyed my years at GreenTree. My prayers and thoughts go out to you Miss Minnie and your family. I think the world of both Minnie and Bill. Gone from this world too soon.

Minnie, we are so sorry for your loss. Bill will be missed by so many. We will keep you and your family in our prayers.

So very sorry for the loss of sweet Bill. I will forever remember his sweet smile and how kind he always was to my family. Sending love and prayers to Minnie and family. RIP Bill~you will be missed.

Minnie and family, I am so sorry for your loss. I pray that God wraps His loving arms around you and brings you comfort and peace ❤️

Bill was always smiling and such fun to be around. He was a very good person and will be missed by all! Our condolences to you Minnie and all your family.

Minnie....I'm so sorry to hear of Bill's passing. He was a great guy. So sorry for your loss. You are in my thoughts and prayers.

Theresa and I send our deepest condolences to our Aunt Minnie. We know he will be missed but continue to live life to the fullest and make as many fond memories as possible. Our prayers and thoughts are with you!

My thoughts & prayers are with each & all of your family during this difficult time! I pray God with His Almighty Blessings will shower Bill with much peace & joy as he begins his eternal life in God’S Glorious Kingdom of Heaven!