Billie Ruth Rogers Tate “GG”, 101, died peacefully on August 10, 2021, at her home at Calder Woods in Beaumont, Texas. She was born on April 21, 1920, to Cora Tickel Rogers and Thomas Rogers in Purdon, Texas. Having lived in Beaumont 21 years prior she returned in 2013 to be closer to her family. She was married to Guin A. Tate until his death in 2010. They moved to Tyler, Texas where Mr. Tate worked for Sun Oil Company. Upon retirement they moved to Corsicana, Texas her home. Having been raised on a farm Billie loved being outdoors, but definitely preferred city life.

In her retirement, she enjoyed traveling, playing bridge, shopping with her sister and granddaughter. She was a member of Corsicana’s Kinsloe House and enjoyed the many activities with her friends. Billie had a long and wonderful life. She will be missed by all who loved her.

Special thanks to her caregivers Patty, Carole, April, Cori and Shannon of Kindred Home Health, and the nurses of Kindred Hospice. 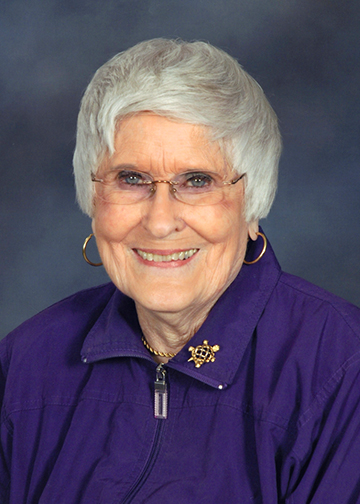 Kelly, my prayers and hugs to all of your family. You were truly blessed with this beautiful soul.

Paula, Kelli and family we are so sorry to hear to the passing of your mother. Prayers to your family.

Paula, your Mom had reached many milestones in her life, especially reaching the age of 101. It is hard to express sadness because she had lived a life full of love, family and friends. She is soaring with the angels today. See you on Friday.

Paula, Kelli and family , I am so sorry for your loss. Prayers of comfort and peace during this difficult time. Much love to all.

Kelli, You and your entire family are in my thoughts and prayers! I love you all!

So very sorry. My thoughts and prayers are with you all.

Phillip and family -- Lynn and I are so sorry for your loss.