His father worked for a company that mined Fuller’s Earth, and the family lived in a small community outside Attapulgus. He rode the bus to school in Attapulgus every day along with his brothers and sisters. They moved into town and his father opened a service station—grocery store. He worked in the store and opened it up for his dad every morning before school.

He graduated from Attapulgus High School and spent one year at Oglethorpe University and then transferred to Georgia Teachers College in Statesboro, Georgia. He graduated in 1958 and got a job teaching in Nahunta, Georgia. He later taught in Fort Walton Beach, Florida, Jacksonville, Florida, and Tallahassee, Florida. He married Miriam Cowart December 26, 1960. In 1962, he joined Toastmasters which became an important part of his life. He was a very good public speaker and was a member of the organization the rest of his life.

In 1965, he went to work for the Traveler’s Insurance Company. He rose to be manager of the Surety Division in Cincinnati, Ohio. His division was sold to Continental Insurance Company in 1989, and Miriam and Billy moved to Columbus, Ohio.

He retired in 1995 and they moved back to Tallahassee. In 2011, they moved to Beaumont, Texas, to be near their two sons and grandchildren.

In college he was president of the Wesley Foundation.

A funeral service for Mr. Jackson will be at 11:00 a.m., Thursday, March 4, 2021, at Trinity United Methodist Church, 3430 Harrison Avenue, Beaumont, under the direction of Broussard’s, 1605 North Major Drive, Beaumont. A graveside service will be held at Attapulgus Cemetery in Attapulgus, Georgia. 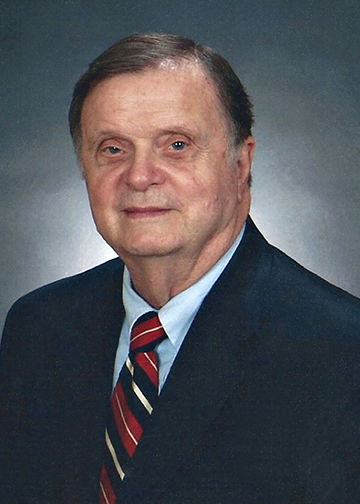 He was a great husband, father, grandfather, son brother, uncle, friend. our family was blessed.

I love you i miss you

My condolences to the family and friends. Billy will be greatly missed, When I was assigned Coach of Great Speaker Unlimited Billy stepped in said he will help me. This was Billy, if someone needed encouraememt Billy was there to help. That was Billy , a shinnig light.. Billy wil be dearly missed. God Bless the Family.