Robert Joseph (Bob) Crowder was born on December 14, 1940 in Port Acres, Texas, and passed peacefully in his sleep at his home in Fannett, Texas on January 11, 2023.

During his 82 years, Bob was well known for his love of hunting, fishing and the outdoors, his one-of-a-kind sense of humor and storytelling abilities, his loyalty to his friends and adoration for his family, his faith in Christ, and for arguably being one of the best unpaid sponsors of the Lone Star Beer brand in the state of Texas.

Bob grew up next to Taylor’s Bayou with his six brothers and sisters in Port Acres, Texas. Tales of Bobby Joe and his siblings many adventures- mostly mischievous- helped them make a name for themselves as the Crowder kids around their little town. Like his siblings, Bob graduated from SFA high school, and then went on to play collegiate football at the University of Houston. He later married his high school sweetheart, Judith (Judy Kay) Newsome, and settled back down in Port Acres.

When Bob, his wife Judy, and their three children moved from Port Acres to Fannett, their property became known as a landmark residence. “The log cabin on the corner”, as they lived at the one, four-way intersection in the tiny town of Fannett, was how people gave directions to out-of-towners. After Hurricane Rita damaged the log cabin beyond repair in 2005, he rebuilt on the same property, with an equally as notable abode. From then on, their home was known as “the house with the red roof on the corner with the horse statue in the yard”. At their home, Bob hosted many notable get togethers, and always welcomed anyone who wanted to stop by for a cold Lone Star, some Honkytonk tunes, and a good conversation. Every spring, the bluebonnets he planted along the decommissioned railroad in front of their home would be visited by people far and wide for photo opportunities.

In the last decade of his life, he enjoyed the company of his family, and was notably fond of his grandchildren and, more recently, his great grandchildren. Having always been one for mischievous behavior, he’d frequently offer candy to the great grandkids, knowing full well that they weren’t supposed to have any.

In one of the last posts Bob shared on Facebook, he quoted, “We forget that waking up each day is the first thing we should be grateful for.” A very fitting message, for a very optimistic man, and his family takes comfort in the assurance that Bob awoke on January 11th of 2023 greeting Jesus and his beloved friends and family who had gone before him.

A memorial service for Mr. Crowder will be held at a later date. His cremation arrangements will be handled through Broussard’s Crematorium under the direction of Broussard’s, 1605 North Major Drive, Beaumont. 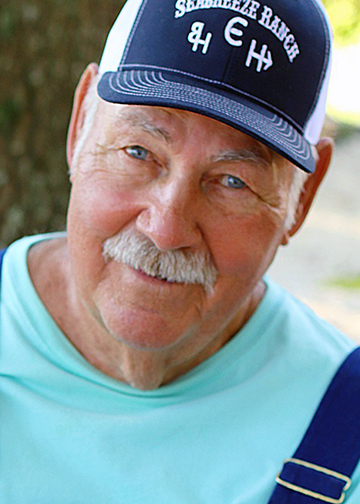 I am so sorry for your loss. My thoughts and
prayers are with you and your family.

I am now living in Chattanooga, Tn. with my daughter.

Sincere sympathy to all of the family. He was a great neighbor and friend to my family. If you needed anything Bob would help. He will be missed.
God Bless
Gail Foreman

Judy and Family,
Sorry to hear about Bob, such a shock. Hoping you are all doing ok during this time of grief.

Sorry for your loss. Our thoughts and prayers are with you and your family.

Judy. So sorry to hear of your loss of your husband, my thoughts and prayers are with all your family. Calvin always talked about you.

Our thoughts and prayers to the family. He will surely be missed.

I’m so sorry for the families loss. I didn’t know Mr Crowder but I know his son Brandon, and seeing the caliber of the son he raised tells me what kind of man he was. Thoughts and prayers.

Ms. Judy, Brandon, Breanna and family, I am so very sorry to hear of Mr. Bobby Joe’s passing. I have many fond memories of visiting at your home with my parents. My thoughts and prayers are with you all.

So sorry to hear this Jeanette. Our thoughts and prayers go with all the family;