On Sunday, December 22, 2019, Robert Anthony ‘Bobby’ Thornton left this earth to be with his Lord and savior. Born October 14, 1934, to Bob Thornton and Ima Wingate Thornton, Bobby spent his life in Southeast Texas as a real cowboy. He married his sweetheart, Betty Jean Keneson Thornton, and spent all his days in the rice fields and tending to his cattle.

Bobby could never travel somewhere without seeing someone he knew, whether it was from his rodeoing days or from his years of travel to numerous cattle auctions. Known by many as the ‘Mayor of Fannett’ Bobby was a permanent fixture at Green Acres Grocery where he spent much time visiting with friends and strangers alike. If he just met you, by the end of the conversation, he’d likely know your life story. He often said “I would rather have a million friends than a million dollars. If I was ever down and out and needed money, I know I could count on each friend to lend me a dollar.”

As devout Catholics, Bobby, along with his wife, Betty Jean, served their church, St. Mary’s in Fannett, for many years.

Nothing made him prouder than his family. His only daughter, Candy Thornton Melancon, and her husband, Gary Melancon had two kids, Ginger and Travis. Whether it was the gym, ball field or rodeo arena, if the kids were involved, you could bet Bobby would be there supporting his family and visiting with everyone in the community.

He is survived by his daughter, Candy Melancon and her husband, Gary; his granddaughter, Ginger Crowder and her husband, Brandon, and their girls, Kasey Nalley and Karley Crowder; his grandson, Travis and his wife, Ashley; and great-grandchildren, Colt and Millie; his sister, Marilyn Thornton Adams and her husband, Gilbert; and sister-in-law, Lounette Thornton; “chosen” sisters, Barbara Ann Blanchard and Joyce Fay Sewell; as well as many nieces, nephews, and cousins.

A gathering of Mr. Thornton’s family and friends will begin at 5:00 p.m., with a Rosary recited at 6:00 p.m., Thursday, December 26, 2019, at Broussard’s, 1605 North Major Drive, Beaumont. A Mass of Christian Burial will be celebrated at 11:00 a.m., Friday, December 27, 2019, in the Parish Hall of St. Mary Catholic Church, 9894 Gilbert Road, Fannett. His interment will follow at the Thornton Family Cemetery, Fannett. A reception will follow at Broussard Farm. 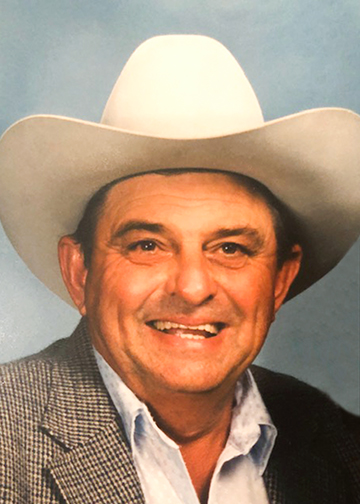 So sad to hear of Bobby’s passing. He was such a good man. Always with a smile and a helping hand. Peace be with the Thornton family in this time.

So sorry for your loss. He was a great man. He would always wave at me on the road. Sending prayers to you and your family

We were very sad to hear the news about Bobby. He was the sweetest man and I am sure he has gone to a much better place. Prayers to his family.

Sincere Condolences to The Thornton Family!

We are so very sorry. He was truly a great man.

Dear Thorton family , We are so sad to hear of Bobby’s passing ! Bobby always had a great smile on his face and true friend to all that knew him! God has received a good one !

Bobby was a great man. We will miss him dearly

I am sorry to hear of Bobby's passing! He was a lifelong friend and will be greatly missed. Prayer for all the family!

Candy and family. Our condolences on the passing of your father. My apologies for not being able to attend his funeral but know e are with you in prayer for your family. Bobby was a fine man and I know a wonderful father. He will be greatly missed.

So very sorry for your loss.He was a great man.He will be missed by many.May God be with you all through this time and may you all find comfort in your memories of him.

I am so sad to hear of Bobby's passing - he was a great friend. The Thornton Family has lost another treasure. Please know that all of you are in my thoughts and prayers. May God bless each of you.

I know Bobby will be missed in our community. He was the first man who asked me to marry me I was 5 years old and he was a senior and a cowboy riding a horse I'll remember it all my life. God bless the family.

Candy. I’m so sorry for your loss. A lot of my fondest childhood memories include your mom and dad. It was great to be a kid in Fannett and you were all like family. I love you you’ll always be a rodeo queen in my eyes ,! Big hugs. Your dad was one of a kind. Glad I got a big hug from him recently. We will all see them again. !

Great man and will be missed.l am very sorry for y’all’s loss .

I am so very sorry for your loss! He was a great man! Heaven has gained a truly wonderful man!

I am so very sorry for your loss! He was a great man! Heaven has gained a truly wonderful man!

He will be missed by so many. A great friend.

Candy, very sorry to hear of your Dad passing! I always loved talking to him and seeing his smile!

Candy, I'm not sure if you saw my text on Sunday or not, but Valerie and I heard about your dad's passing from Belva Ann when we arrived at her house that evening. My heart aches for you and your family. Bobby was one of a kind. Fannett lost a very good man on Sunday, but somehow I know they're having a hoot in heaven this week with Bobby there. Our prayers are with you and your family. I wish we could have stayed down long enough to be there for the Rosary last night and the funeral today, but know that we're praying for you all and will miss him dearly. Love you!

I am very proud and honored to be one of Bobby"s million friends. God Bless