Bryan Lee Hendrix was born in Doucette, Texas July 17, 1940.  He was the son of Ivy Rowena Conner Hendrix and Henry Clay Hendrix. He grew up in Beaumont, Texas alongside his two younger sisters.  Even as a teenager, Bryan exhibited an amazing work ethic. He delivered an incredibly long paper route all through high school. He always loved architecture and drawing and spent most of his free time sketching. He designed his first house for his parents when he was just 16 years old. He graduated from Beaumont High School in 1957 after which he attended The University of Texas in Austin to study Architecture.  In 1960, he married Bonner Wier Brown and they had two daughters, Dabney and Marra.

Upon his return to Beaumont, he worked as an architect alongside his friend and local architect Paul Hay. In subsequent years, he would venture out on his own.   His young family resided on Evalon Street, across from the old art museum, in a home that he extensively remodeled.  During these years, he was also active in volunteering with the French Trading Post and the Beaumont Heritage Society. In 1978, he purchased his “forever home”, the Caroline Gilbert Hinchee House on Park Street in Beaumont.  By 1982, he had the home put on the National Registry of Historic Places and recorded as a Texas Landmark. He spent many years researching the home’s history, meticulously peeling back layers of paint and recreating paint colors, in an attempt to restore the beautiful home to its original grandeur. As he got older, the home became overwhelming so, in 2014, he reluctantly conveyed the house to the Beaumont Heritage Society with hopes of restoration. By that time, he had lived in the Hinchee House for 36 years, the longest resident since the home was built in 1906.

In his life’s work, he designed new homes, home additions, full renovations, interiors and landscaping. His greatest love was interior design. His clients were the “who’s who” of Beaumont. His name was synonymous with “extremely talented” and “genius”. He problem-solved with almost magical engineering skills. He had impeccably sophisticated taste, extraordinary attention to detail and a quirky but absolute mastery of color. Sherwin Williams was accustomed to his instruction…”this color is not quite right, it needs 18/32 of N1 Raw Umber, 1/64 of L1 Blue and I’m in a hurry!” He loved French architecture and furniture. He traveled from New Orleans to Houston, frequenting design centers and antique shops, searching for the pièce de résistance for each of his clients. He made friends at every stop in every shop. He loved to linger and visit, surrounded by interesting people and beautiful things. Those visits very often included an intriguing story over a good glass of wine.

He was charming, gregarious and a slightly eccentric socialite. He loved to dance and boy, he had some moves. He had a quick wit, a dry but unique sense of humor. He took great pride in his family and was very proud of his daughters. He was the family historian and a general history buff with a penchant for reading and a remarkable memory. He especially loved Texas history and was the consummate storyteller. He loved nothing more than a good ole Texas scandal. The stories were enchanting as they unfolded with the sound of his delightful southern twang, impeccable grammar and extensive vocabulary. He never lost his interest in preserving Beaumont’s past, whether through architectural preservation and restoration or the retelling of local history. He was truly what he cared about most…a Texas landmark. 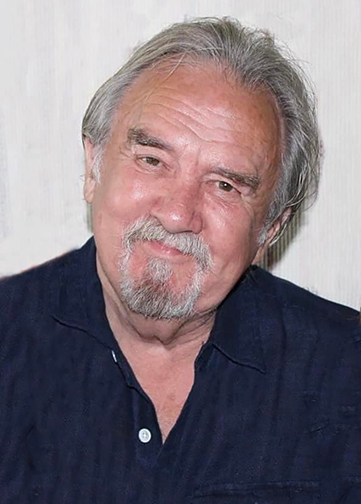 I really liked Brian and Bonner so much. Why I let the years allow me to pass over contacting Brian just to say hello is my loss. I’m glad he kept that precious smile. My thoughts and prayers for his family.

Wow, wish I had the opportunity to have known him, I feel like I do know a little bit of him, as I know his daughter and she has some of these beautiful gifts in her. So, so sorry for the families loss. It sounds like The earth has lost a gifted soul! May the God of all comfort be with all of you, may you feel His Love as you learn to live life without your loved one. Your family is in our thoughts and we will continue to pray for healthy healing!

What a great friend for many years! And boy could he design some beautiful homes and interiors. Bryan will be greatly missed by so many friends. Rest In Peace! Randy

You were a very good friend to Bryan. Thank you. Sandy

I had the pleasure of working with him on a few ocassions. His work was amazing and I feel honored I had the the opportunity.