The Hearn family moved to Devers, Texas where they lived for many years before relocating to Wichita Falls, Texas. At the age of fourteen, Bud left home and picked peaches in peach orchards until he made his way back to Hamshire, Texas to live with his sister, Wanda McCall, and Tommy who finished raising him.

Those that knew him well all have a “Bud Hearn Story” to be told. A true cowboy, he loved training and riding horses. In his early adult life, he enlisted in the United States Marine Corp with his friends, Kelly Green and Billy Thomas. After leaving the United States Marine Corp, he and a buddy went to Knott’s Berry Farm in California to ask if they had any work. His buddy cleaned stalls and he got to drive the stagecoach. The two of them would stage it to get robbed and it never failed, a woman would throw her purse out of the stagecoach every time. Bud was given three horses to train at a time and that is where he learned to train horses. He eventually returned to Southeast Texas where he worked in the oilfield. Bud could be found at the local rodeos riding bulls on the weekends. He was well known for his love of his Martin guitar and singing with a voice that could have taken him to Nashville, Tennessee.

When Bud began his career in the oilfield, he was a deckhand. He eventually became a Directional Driller and worked for companies such as Dailey Oil & Gas, Weatherford International, Eastman, Whipstock, and finally, Crescent Directional Drilling where he retired. After retirement, Bud enjoyed sitting at his kitchen table visiting with family and friends while talking about horses and his life.

Those left to cherish Bud’s memories are his children, Rene’ Hoffpauir and family, of Winnie, Texas; Cecille Phelps and husband, Waverly, and family of Greenville, North Carolina; Skylor Hearn and wife, Juliette, and family of Austin, Texas; Kelly Hundley and family, of China, Texas; Karen Monk and family, of Sour Lake, Texas; and Jon Hearn, of Fannett, Texas; many grandchildren; sisters, Sue Cryer, of Wichita Falls, Texas and Ann Hearn, of Rantoul, Illinois; and numerous nieces and nephews.

He is preceded in death by his parents, Myrtle and Travis Hearn; daughters, Otis Hearn and Tatanya Hileman; brother, Dewey Hearn; sisters, Miriam Green; Esther Hearn; and Wanda McCall; and the mother of his son, Patricia Hearn. 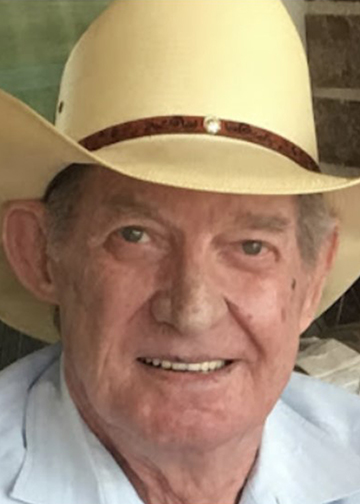 Burial of the Cremated Body

So sorry for your loss. You are all in my thoughts and prayers.

My sincere heartfelt condolences to the Bud Hearn family. May the Lord give each of you comfort and peace on the passing of your loved one.

I’ve known Bud since we were in Jr.High he was a great guy

A great man and friend I remember when we sang take the ribbon from your hair at BB place. Going to be missed God be with his family

Bud and I were friends, we always had a good time. I remember how he use to sing “Johnny Be Good.”
May you rest in peace my friend.

Bud was a good friend..RIP

Bud and I were good friends, I’ve known him since I was in Jr. High, he was always fun and a really sweet guy .