Byrd Warren Goodson, Jr. passed away peacefully in his Beaumont home Sunday, August 23, 2020. Warren described himself as a father, soldier, lawyer and outdoorsman. Warren was born in Houston to Louise and Byrd Warren Goodson. He grew up in the Heights Neighborhood where he excelled at multiple sports including football, basketball and baseball. He was a proud graduate of Reagan High School.

Warren attended Texas A&M to play football before being injured his freshman year. He then attended and graduated from the University of Houston. After college Warren enlisted in the Army and served in the Vietnam War.

He was badly wounded in combat and spent a year recovering at Brooks Army Hospital in San Antonio. Due to his severe head injury, it was believed by many, that his dream of becoming a trial attorney would no longer be a possibility. However, Warren’s determination would not waiver. He attended and graduated from South Texas School of Law with a Doctor of Jurisprudence.

Warren was one of the lucky few who was able to have a long successful career doing exactly what he loved. Early in his career he practiced criminal defense law in Houston and Beaumont. Later, he became the Chief of Appeals for the Galveston County District Attorney’s office where he retired after 20 years of service. Warren was a strong advocate for a person’s right to good legal council regardless of their ability to pay. As a defense attorney, he worked tirelessly to provide his clients with the best possible legal representation regardless of their financial means. As a prosecutor, he gained a reputation for hard work and fairness.

Warren is survived by his daughter, Elizabeth; son-in-law, Sean; his sister, Saundra; Nephew Brian; Niece, Kimberly and life partner, JoAnn. In addition, he is survived by his granddaughters, Lillyanna and Claire; great nephew, Zerach and great niece, Phoebe for whom he is lovingly known as “Grunkle”. 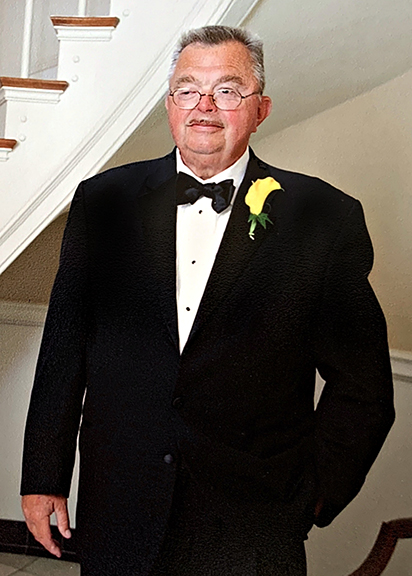 Warren and I worked together at the Galveston DA's office. I have known him for 30 years. Warren and I became friends, we shared similar life paths. He was a kind sole but also possessed a fierce and determined constitution. He had a true warrior spirit which was exemplified by his ability to overcome adversity. He never complained and was always willing to extend a warm hand to those in need. It was my honor to call him my friend. I will miss him tremendously.

Warren was loved by my family and will be deeply missed.

Warren was one of my most respected friends. He was deeply religious, so very devoted to his mother , father and sister. His daughter was his immediate world. She was to want for nothing. Warren was a good friend, a good teacher, a poor golfer after suffering vision problems. He was fun to hunt with, fish with and dine with. I could always rely on his wisdom and good judgment when it came to the real practice of law . Also, doing the right thing no matter how hard it seemed. He always made you laugh when you wanted to cry.. cry when you wanted to laugh. I know he is at peace. God bless my friend. See you on the other side. Save me a good seat, especially at the sports in Heaven. Love Maggie

My Condolences to Elizabeth and Joann as well as the Goodson Family. Warren was a very caring and wonderful man. Elizabeth your Dad will truly be missed. RIP Warren

We will miss you my very dear friend,

Warren was a good & caring person and will be greatly missed by our family. ( Joannâ€™s youngest sister and husband) May we send our condolences to Warren â€˜ family.

Elizabeth, I am so deeply sorry for the loss of your Dad. I have known him since I started to working in the legal field in the late 70's. He was such a kind and caring person. He would really work hard for others in need. I will keep you and your family in my prayers.

Warren and I attended Reagan High School together. He was always a kind person and respected by his peers. We lost track of each other after we graduated but finally reconnected at our 50th high school reunion. I am so grateful that I had the opportunity to know Warren.

I thought about you the minute I read his obituary. He was a good man and I know how much you cared about him.

I had the privilege of working a couple of cases with Warren at the Galveston DA's office. I respected him for his legal abilities and for his service to his country. Miss you.

So very sorry for the loss of your dear brother.