Caleb Wayne Countryman, 37, of Port Arthur, died Thursday, July 28, 2022, at The Medical Center of Southeast Texas, Port Arthur. He was born November 25, 1984, in Fort Worth, to Juana Hughes Countryman and Wayne Edwin Countryman.

If one had the pleasure of knowing Caleb, one would know he was unique. In his best moments, he was a loving father, and his body housed a deep well of an intricate soul. He also had a special relationship with his grandfather. Along with his tenderness, he possessed a mind of incredible intellect, who in his spare time dabbled in astrophysics and computer programming for NASA. For leisure, he immersed himself in video games and computers. Although he is gone, he made a profound impact on those close to him, and he will remain forever within us. “There are men too gentle to live among wolves,” said James Kavanaugh, and Caleb was one of them.

He is preceded in death by his stepbrother, Michael Oliver; paternal grandparents, Alta and Glenn Countryman; and maternal grandmother, Juanell Hughes.

A gathering of Caleb’s family and friends will be   5:00 p.m. until 7:00 p.m., Friday, August 5, 2022, at Broussard’s, 505 North 12th Street, Nederland. His cremation arrangements will be handled through Broussard’s Crematorium, Beaumont. 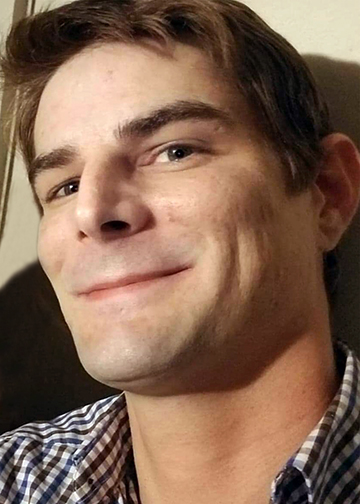 I worked with Caleb at the Beaumont REC. Such a sweet guy and always a smile.
I’m so sorry for your families loss.
RIP Caleb, you will be missed.🙏

Wayne I am so very sorry for the loss of your son. Keeping you and your family in my prayers.

Sending prayers of comfort for Caleb’s family and friends. He will be missed by many.

Rip you will be missed, loved and remembered.
Love christy,nate , and brandon
Michael jackson family say hello to him for us plz