Capt. David Green, 67, of Beaumont, died Friday, June 11, 2021. He was born on October 2, 1953, to Bobbie Nell Russell Green and Bobby Green, in Sumrall, Mississippi. David grew up in Port Arthur, TX and attended Tyrrell Elementary and Thomas Edison Jr High School. He graduated from Thomas Jefferson High School in 1971 where he ran track. Capt. Green attended Stephen F. Austin University and graduated from Lamar University. David worked in the insurance industry as well as insurance related software sales before deciding to pursue his dream of obtaining his Captain’s license and owning and operating a charter sailing business. He owned and operated South Coast Charters in Kemah before retiring to Panama. He also owned, sailed, chartered and raced the “Tupelo Honey”, “High Spirit” and “Tabasco”.

Capt. Dave loved his family, friends, playing his guitar, singing and sailing the emerald blue seas. He was a Houston Astros fan extraordinaire. He continued to faithfully watch Astro games even as he fought valiantly to defeat Sezary Syndrome for past three years. His struggle is over and he is in the arms of his Heavenly Father.

He is preceded in death by his parents and nephew, Russell Stone. 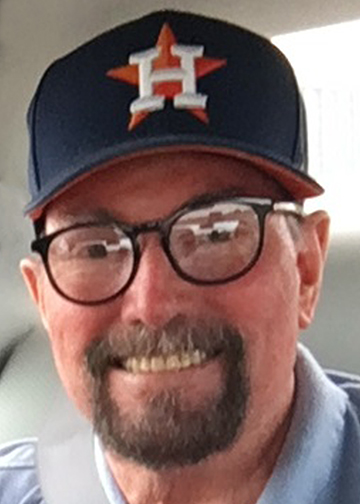 I was both shocked and saddened to read about the passing of David. I was flooded with memories of living together in Groves, hunting, fishing, and having fun. Those few years were some of the best years of my life. May God’s peace surround the family during this difficult time. James (Randy) Hodges Crystal Beach, TX

Dear Eli, Dianne and family... how sad we are to hear of David’s passing. Though I have not seen him since my high school days, I will always remember him as my kind, handsome, smart Green cousin . Uncle Bobby and Aunt Bobbie Nell loved him dearly and are now reunited! My love and prayers are with you all... May God’s peace abound!

Eli, Dianne and family. Just wanted to say my prayers and love are with you today and in the days ahead.

Diane and Eli so sad to hear of David’s passing. He is now in no more pain nor has any more struggles from this life. Prayers for you and the family through these upcoming days ahead.