Carl Henry Weisenfelder was born September 19, 1925, in New Orleans, Lousiana, the fourth of six children. In 1933, the family moved to Beaumont, Texas, where Carl attended St. Anthony and St. Anne Catholic Schools, graduating from Beaumont High School in 1943. While a freshman at Texas A&M College, in January 1944, Carl was drafted into the army. He served overseas in the Pacific Theatre, the Philippines, and Japan during WWII, achieving the rank of Sergeant. In 1946, Carl returned to Texas A&M where he received his Mechanical Engineering degree in June 1949.

On July 22, 1950, Carl married Mary Jo Scanlon at St. Anne Catholic Church in Beaumont. They had known each other since their school days at St. Anne. He thoroughly enjoyed his professional career as an engineer at IDECO (which later became a division of Dresser Industries) in Beaumont where he eventually supervised the design and production of rigs for oil field and offshore drilling.

Carl and Mary Jo were blessed with five daughters: Amy, Jane, Peggy, Sally, and Sue. Carl was involved with the girls’ school activities as they all attended St. Anne Catholic School and Msgr. Kelly Catholic High School. He was a member of the Beaumont A&M Club and was very proud that all of his daughters graduated from Texas A&M University.

This close-knit family enjoyed many years of family vacations, which continued  as the children married and had families of their own. Carl and Mary Jo spent vacations with daughters, sons-in-law, and grandchildren skiing in Winter Park, swimming at Crystal Beach, and hiking at Rocky Mountain National Park. In 1985, Carl took early retirement from Dresser to be able to spend more time traveling and pursuing his woodworking hobby. Carl and Mary Jo took many adventurous trips to international destinations and enjoyed numerous trips with the “Traveling Aggies,” which fulfilled Carl’s lifetime passion to travel.

On July 22, 2000, Carl and Mary Jo celebrated fifty years of a wonderful marriage. Sadly, Mary Jo passed away in 2009. A devout Catholic, he has been a member of St. Anne Catholic Church since its beginning in 1936.

In 2010, Carl married high school classmate Sue Switzer Mann. After losing both of their spouses, they found much joy in spending time together and attending local events. Sue passed away in 2017. Carl was most recently living in a senior care facility in Dallas, to be close to family members.

Carl was a devoted husband and loving father and will be missed by his many friends and relatives. He is survived by daughters and sons-in-law: Amy Van Horn of The Woodlands; Jane Brown and husband Fred of Waco; Peggy Etheridge and husband Greg of Richardson; Sally Bair and husband Mark of Pryor, Oklahoma; and Sue Middleton of Dallas. Siblings: Betty Collins of Houston; Loretta McKinley of Beaumont; and A.J. Weisenfelder and wife Lee of Oakland, California. Carl is also survived by fourteen grandchildren, and nine great-grandchildren. Carl was preceded in death by his parents Carl H. Weisenfelder and Helen E. Jacobs; and his sisters, Helen Lau, and Adelaide Phinney. 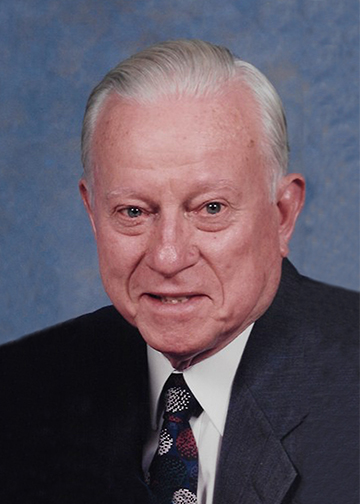 Loretta, I am so sorry for the loss of your brother. Sending prayers of love and comfort at this sad time.

My prayers and condolences go out to Peggy Etheridge and her family. My family were also Texas A&M alums but my immediate family changed that and went OU bound. Today we say gigem aggies. Good bless this great family!

So sorry to hear about Uncle Carl. My thoughts and prayers are with all of your family at this time.

Carl was a very good friend. We enjoyed the many visits, ushering and working together at Some Other Place. May His Soul and and all the souls of the faithful departed , Rest-In-Peace.

my deepest condolences to the family of Carl and to you Loretta and AJ carl was a good man loved his faith and family May his soul rest in peace. Faye Broussard Prejean

Sorry to hear about Uncle Carlâ€™s death. This is the time of the year when I remember the visits to Uncle Carlâ€™s and then down the street to Uncle Sunnyâ€™s house for holiday treats. My prayers are for your entire family.

So sorry for your loss. I know our dads are reminiscing in heaven about Ideco. Will keep your family in prayer.