Carl Winton Roberts, 60, of Lumberton, died Sunday, February 13, 2022.  He was born on October 22, 1961, in Beaumont, to Frances Wolcott Roberts and Robert Winton Roberts.  Carl was the second of three children.  He was greatly loved by his older sister, Laura and his younger sister, Katherine. He grew up in Kountze and was a 1980 graduate of Kountze High School.  During school hours, Carl was a part of the auto mechanics program and worked on cars and buses.  After school, he worked part time at Pee Wee’s Auto Parts.  After graduation, he attended LIT in Port Arthur.   Later, he moved to Phoenix, Arizona to further his education in auto mechanics.  Carl was married while in Phoenix and welcomed his son, Sean.  Carl returned to Kountze around 2008.  He married the love of his life, Nina, in 2017.

Carl was a simple kind of guy.  He enjoyed working in his shed, which he built from the ground up.  Tinkering with odds and ends for endless hours.  Once a week, he would drive out to spend time with his lifelong friend, Allan.  Mostly, they played with remote control race cars for hours on end.  Carl was always present for all family gatherings, where he was the life of the party for any games that were played.  He was the go to man for friends and family on any mechanical problems and sometimes for just how to rig something long enough to get it to Allan’s garage.  Thanksgiving was Carl’s holiday.  At first, it was land skiing that the family all looked forward to.  When that became too dangerous, he had to go to something a little safer.  Everyone began looking forward to Carl’s rockets.  He became, family famous for building his own rockets.  Aunts, uncles, and cousins would gather in the back pasture and join in the countdown as Carl would launch his rockets.  Then everyone would scatter in search of the falling parachute.  This activity earned him the title of “Rocket Man” to his family.  When he wasn’t launching rockets or tinkering in his shed, Carl worked at Performance Truck in Beaumont.  His work ethic was second to none.  He was a hard worker and dedicated to the job at hand.  Carl left us sooner than expected and our hearts are broken.  Fly high Rocket Man!  We love you!

Survivors include his wife, Nina Roberts; sons, Sean Locust and his wife, Tawny, of Arizona; and John Benfield and David Benfield, both of Lumberton; grandson, Abel; mother, Jane Roberts of Kountze; sisters, Laura Barner and her husband, Bill of Kountze; and Katherine Waldrop and her husband, Gary, of Lumberton; nephews, Kaleb Barner,  Kody Barner, and Beau Waldrop; and niece, Bailey Waldrop, and an amazing combination of aunts, uncles, and cousins.  He is preceded in death by his father, Robert Winton Roberts.

In lieu of flowers, memorial contributions may be made to Kountze Church of Christ, 1035 North Pine Street, Kountze, Texas 77625.

By attending any public event, you are acknowledging the risk of exposure to the Coronavirus. Please follow the guidelines provided by the Centers for Disease Control: cdc.gov. 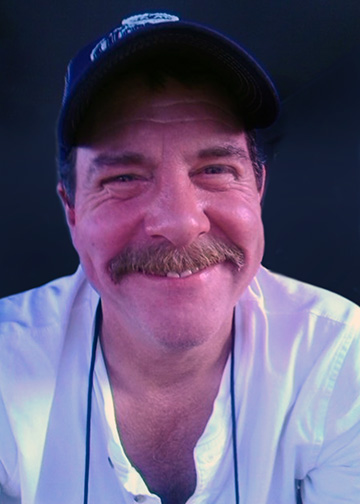 Nina,
I’m so sorry to hear about the passing of your husband. I was thinking about you and tried to find you online, but found Carl’s touching tribute instead. My heart breaks for you. If you ever want to talk, give me a call.
Sending my love your way.
Sarah
618-671-1490.

We are sending our thoughts and prayers. God bless each and everyone.

Jane and your precious family, I am so very sorry for the loss of your dear son !! We will be praying for peace and comfort during this sad, sad time. May you feel God’s presence during this time of such grief. We love you. Kenneth and Sue (Work) Lindeman

I’m so sorry for your loss. I will be praying for strength and peace.

Truly saddened to hear the news about the loss of a wonderful man! Lifting all of you in prayer during this difficult time. May Carl’s memories be a blessing to all who knew and loved him.
Summer Bloom

Summer, we had some of his crafts at the funeral home for folks to enjoy. He was an amazing man, one of a kind.
Thank you

I had the privilege to graduate with Carl in 1980. He A quiet demeanor but a bright smile to those that knew him. Please accept my deepest and sincerest condolences. May you have peace, strength and comfort during this difficult time.🙏🏼🙏🏼🙏🏼🙏🏼

Carl was a man of few words but lots of laughs. My heart goes out to Aunt Jane, Nina, Laura, Katherine, and all the cousins. Our weird family traditions won’t be the same without you. Rest In Peace, Carl.