She grew up on a dairy farm and left for the Army the day after graduating from Bonduel High School. She met her husband while serving in the military, yet after marriage decided to forego a professional career in the medical industry to devote her life to her husband, children, grandchildren, great grandchildren and her Catholic faith. She received roses and was serenaded by her husband throughout her entire nearly sixty-year marriage. She was more than happy to be the central figure and role model in the lives of her children and grandchildren. Anyone who knows them knows she was a star in their eyes and that’s all that ever mattered to her. She was her family’s biggest supporter and champion in raising her children in the Catholic faith, in academic achievements, in athletics, in community service, and always cooked incredible meals for 20+ people for family gatherings and for the holidays. Her mash potatoes were second to none and her Christmas trees were always stunning and over ten feet tall.

She participated in numerous groups and roles over the years having been a CCD teacher, a CYO sponsor taking teams to softball and bowling tournaments, helped raise funds for Little League and Babe Ruth baseball, held office for Babe Ruth baseball and was responsible for managing the concession stand, was a driving force for local schools to put computers in the classrooms early on, was on the Texas Rice Festival committees for Youth Day and Grand Parade for multiple years, assisted with Volunteer Fire Dept annual  fundraisers, helped establish the Chambers County Foster Care program and with the help of her friends, wrapped Christmas presents for children throughout all of Chambers County for many years. She was also the right hand to her husband in his various roles in community involvement.

Additionally, she was a staple at her children and grandchildren’s soccer, volleyball, football, basketball, tennis and baseball events…and the officials could usually hear her. She enjoyed music and was a great dancer. She loved watching the Houston Rockets and often scheduled her evenings around their TV schedule.  She also participated in and loved hosting a weekly poker game during the day with her all-lady card club for the past 30+ years and cherished their friendships.

A Rosary will be recited at 4:00 p.m., with a gathering of Mrs. Adams’ family and friends following until 7:00 p.m., Sunday, September 26, 2021, at Broussard’s, 134 West Buccaneer Drive, Winnie. A Mass of Christian Burial will be celebrated at 11:00 a.m., Monday, September 27, 2021, at St. Louis Catholic Church, 315 West Buccaneer Drive, Winnie, her interment with military honors to follow at Fairview Cemetery, Winnie. 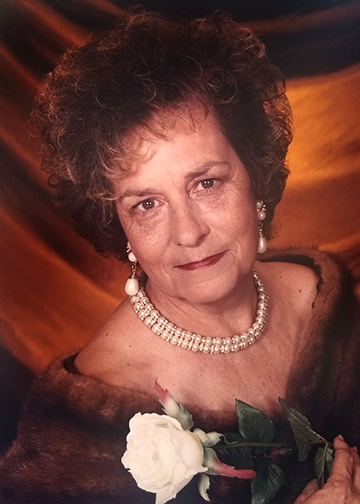 Prayers of continued peace and comfort for you all.

My condolences to you all in the loss of Carole. She was a wonderful lady who did so much for others.
You all are in my prayers.

Don and children.. so sorry to hear about Carole. Love and prayers to all of you.

My thoughts and prayers go out to the
family. Mrs. Adams was such kind person. You all have my deepest sympathy.

Our thoughts and prayers for all of the family in your time of sorrow. Sincerely, Suzie and Kenny Ortego

So sorry to hear of Carols passing. We have enjoyed many athletic activities with our kids. prayers of comfort and peace to all the family,
Shirley(Bryce) Dykes

Don I’m so sorry to hear of Carol’s passing. Prayers for you and all of your family.

You are all in my thoughts and prayers.

Our hearts go out to you with much sympathy. Carole was a wonderful lady, friend and neighbor. We will keep her and your family in our prayers.