Charles D. Carrier was born to Hazel Sonnier Carrier and Odis Joseph Carrier on May 17, 1937, in Sulphur, Louisiana.  He died at his home in Port Neches, on Wednesday, March 18 at the age of 82.

During World War II, the family moved to Oberlin, Louisiana, but returned to Sulphur where Charles graduated from high school. Charles attended University of Louisiana at Lafayette and then transferred to Lamar School of Technology, where he graduated with a Bachelor of Science in 1961. He married Mary Ann O’Bier in Shongaloo, Louisiana, on June 4, 1961. He joined the United States Army and began service in the Reserves for eight years. In 1963, Charles began working in the Port Neches Goodrich-Gulf rubber plant. Their son, Douglas, was born that year, and the family moved to Texas.
Charles enjoyed many hobbies during his life. He was a Texas Master Gardener, sang barbershop with the Harmony Exporters, and served in many roles in the First Baptist Church of Port Neches. He was also a fifty-year member of the Port Neches Masonic Lodge A.M.1163. He was an original member of the Port Neches Riverfront Commission and also served many years on the Planning/Zoning Commission. His daughters, Sharon Carrier Molina and Kathryn Carrier Runnels, were born in Port Neches, so the family enjoys following the Port Neches-Groves Indians and have held season tickets since 1965.
His family, church, home, and the Port Neches community were the most important facets of his life. Charles really believed that a person should work to make his life count.  Many people have admired the corner by the river where the family built a home in 1968.  His children grew up enjoying the Riverfront Park and the Neches River.  Although severe injuries from an accident at work in 1974 changed his life, he never lost his optimism or drive to contribute to those he loved.
Survivors include his wife, Mary Ann; children, Douglas Carrier; Sharon Molina and her husband, Victor; and Kathryn Runnels and her husband, Jarrod; and grandchildren, Sarah and Jace Runnels; Carli Carrier; Courtney Carrier FitzPatrick and her husband, Kevin; Kaitlen Hargrave and her husband, Chad; Lyndi Moore and her husband, Kelly; Kelli Molina; and Staci Adams and her husband, Buddy. Six great-granddaughters and three great-grandsons are also a part of this heritage.  Texas is now the home of this family with its first roots in Louisiana and branches reaching from the Dallas area through Austin, Huntsville, and Mid County, all the way to Corpus Christi.

A family graveside service for Mr. Carrier will be held at Oak Bluff Memorial Park, Port Neches, under the direction of Broussard’s, 505 North 12th Street, Nederland. A memorial service will be held at a later date. 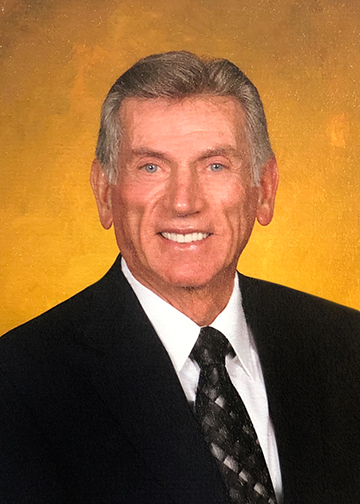 Loved serving with him in the music program at FBC. We hold you close in our thoughts and prayers.

mary ann & family, i am so sorry to hear of charles passing. i thought the world of him as i know so many others felt the same. i put him in the category of one of the most positive people i had ever met & that's such a wonderful quality in life. nothing would get him down. he physically & mentally strong. we met when he took on his retirement career at kitchen koncepts. charles had never done retail before. but he was willing to learn & he soon became an asset to the business. it was trying at first & he was given hell daily by another staff member especially on my day off. i would think, after that, charles is not coming back. he didn;t need that grief. he would also be there the next morning with a smile on his face. i knew then that this was a man of integrity. even when he was learning the retail trade, he had an advantage from day one. he loved people & wanted to serve them to the best of his ability. they also love him, his smile & upbeat attitude. i also admired him as his hearing began to fail. we encouraged him to get hearing aids & he did. we all laughed together on the first days he had the aids. we were spoofing the sprint commerical-can you hear me now? it made all the difference in the world for him & i was so proud of him for doing it. i most admired his don;'t give up attitude. as we talked he told me about the physical challenges he had during his life. i kidded him & called him the bionic man since so many things in his body had been replaced multiple times. i admired his attitude that none of that was ever going to stop him from doing a good job & being great family man that he was. like me charles was not a tall man, but always someone that i could look up to. i am so happy to get to know him & mary ann the love of his lfe. he touched my life as he so many people. love & prayers, mike

So sorry for y'alls lost. Mr. Carrier as a great asset for the City of Port Neches and myself. Our prayers are with you. Taylor

Mary Ann and family God bless you all Fine man , H will be missed , thinking of you at this time â¤ï¸ Kathleen and girls