Charles grew up in Galveston raised by Wilma and Joseph Thompson, his mother and stepfather. He graduated from Ball High School, attended the University of Houston and graduated from Lamar University with a BBA degree. While at the University of Houston, he lived in a house off campus with his fraternity brothers. This is where he met the love of his life Norma. He enlisted in the Air Force Reserves in 1961 and was honorably discharged in 1967. He and Norma wed in 1962 celebrating 59 years together this past July. Charles enjoyed a career as a CPM Certified Purchasing Manager with Norville Wilder, Drago Supply and retired from Temple Inland in 2000. He was an active member of Sabine Neches Association of Purchasing Management and served as president in 1977.  Charles was always a very active father, coaching Randy’s ball and rifle teams and supporting Gayle’s dance class and drill team. He treasured holidays and spending time with his extended family. After retirement, he enjoyed traveling, and exercising- (SOCIALIZING) at the YMCA. He was an active member of The Golden Triangle Gun Club and NRA. In 1997 his life changed; he was blessed with a grandson. Cortland was the center of Norma and Charles’ life. They traveled long distances to all of his ball games, cross country and track meets, and his March-In’s at Aggie Stadium with the Texas A&M Maritime Academy.

Charles is preceded in death by his parents, Jack and Ora Cumbaa and Joseph and Wilma Thompson; and his older brother, Jack Cumbaa. He is survived by his wife, Norma Cumbaa of Nederland; son, Randy Cumbaa and wife, Shannon of Spirit Lake Idaho; daughter, Gayle Samford and husband, Steven; grandson, Cortland Samford of The Woodlands; younger sister, JoAnn Waldrip; and many nieces and nephews in the greater Houston area and Alabama.

In Lieu of flowers, memorial contributions may be made to Charles Cumbaa Wellness Fund at YMCA, 6760 9th Avenue, Port Arthur, Texas 77642, or online at https://ymcasetx.org. 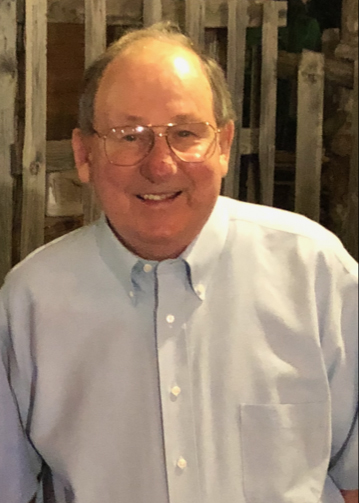 I just heard today of Charlie’s passing. I got to know Charlie from working with Norma in the VA Office at Lamar. I will always remember his smile, his stories and jokes. It was obvious he loved Norma and his family very much. All my prayers for Norma and the family. Rest in Peace brother, we have the watch.

I had the pleasure of working for as well as with Charley for 12 years at Norvell Wilder Supply . He was my mentor as well as a great friend. He was a man of high professional ethics and virtues. He would often speak (brag) of how proud he was of Norma, Randy and Gayle. I am sorry for your loss. May His Soul Rest In Peace

Charlie was one great guy. Would run into him everywhere and he always had a big smile and was genuinely glad to see me. R.I.P. Old Buddy.

Thank you for you kind message.
Gayle
(Daughter)

Charles was indeed a great guy. We walked to school every morning. We sang in an all boys acapella choir at Austin Junior High. We also sang in a quartet through high school. We roomed at a boarding house in Houston while going to the University of Houston. We went hunting every Thanksgiving and he was in my wedding. We will always remember Charles. Sylvia & Bill

What a wonderful friendship. He spoke of you often.
Gayle
(Daughter)

I knew Charlie from the firing line at the Golden Triangle Gun Club. Over the years we shared many bits about our families and lives, hearing about his grandson at A&M, (my daughter is an Ag), his wife and children and our work experience and military time. He was a good friend with whom I spent many happy moments with mostly at the range. I’ll miss him. Fond greetings to all of you, his Family, please know I share your loss.

Thank you for the kind words.
Gayle
(Daughter)