Papaw died peacefully at home at the age of 94. He lived on his terms and was happy to leave when the Lord called him into His eternal care.

He was born to Alcide Borel and Wyona Perry and grew up in the Port Acres and Mid County area. He left home at 14 to begin working. He joined the Navy at 17 after he lied about his age. Papaw was a member of the Sacred Order of the Golden Dragon on the U.S.S. LSM 304. He was honorably discharged, came home, and started doing carpenter work.

He met Geraldine Freeman, married, and had 2 daughters, Wyona and Deborah. They were married 30 years until she died of cancer. In 1951, he went to work at Gulf Oil. Papaw started as a pipefitter and eventually took a supervisor job. He worked at Gulf until his retirement on March 1, 1983, after 32 years. He then met Carolyn Davis, and they got married. They were married for 32 years until she died in 2009. They traveled often and went to Disney World 25 times. He and Mamaw were always first in line to purchase season tickets for Nederland football games for 60 plus years. They would even attend practices. He was an active member of First Baptist Church-Nederland for many years.

You could have seen them walking Central Mall and eating at Luby’s. He always had a joke for you as well.

Survivors include his daughter, Deborah Borel of Ohio; grandchildren, Kimberly Walker and her husband, Tom, of Beaumont; Kenneth Bost and his wife, Britany, of Mauriceville; Kevin Bost of Vidor; Charles Lambert of Shelbyville, Tennessee; and Dustin Wulfeck and Matthew Wulfeck, both of Ohio; great-grandchildren, Ashley Meaux and her husband, Cody; Travis Walker and his wife, Amber; Kathryn Bost; Garret Bost; Marissa Bost; and Madison and Cloie; and great-great-grandchildren, Emma Grace Meaux, Jeffery Walker, and Natasha Walker. 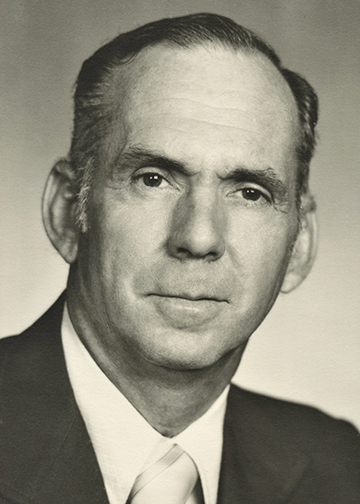 I knew Bro. Charles from Fellowship Baptist Church where he was a big help and a marvelous encourager. You said it well when you wrote, “He lived on his own terms.” He was a unique individual and I counted him and Carolyn as good friends.

May God comfort your hearts until we see him again.

Thank you for your message. It was nice to read.

He loved going to Dairy Queen and he loved the people at Dairy Queen. Thank you for your message.

I got to know Mr. Borel when I was working at Nederland Dairy Queen several years ago. Almost 3 years after leaving that location and DQ altogether, he walked into my hospital room after I had delivered my daughter with beautiful outfits he had picked out himself. I will never forget that or him. A truly remarkable human being.

Thank you so much for this memory.

Thank you for the message.

Thank you for the message. I appreciate it very much.

Mr Borel was a wonderful guy. Even though we didn’t see much of him during COVID, we always enjoyed visiting with him at Dairy Queen over the last couple of decades. I know that he is in his heavenly home with Carolyn and Geraldine as he had planned for the last 13 years. He will be missed.

Thank you for the memory. I appreciate it very much!