Charles Leonard Pemberton was born on March 27, 1925 in San Antonio, Texas. At the age of 5, his father was tragically killed in an auto accident leaving his precious mother, Jetty widowed. She opened a boarding house, and soon after met and married Bryan Pemberton. The Depression found them financially challenged, living from time to time with relatives. As a youngster and into his teens, the Pemberton’s lived in Florida, Corpus Christi, and Houston. Charley, as he became fondly known, was well-rounded, an excellent, student, elected head cheerleader at San Jacinto High School, and always first on the dance floor and oh so passionate towards the big band sounds. After graduation in 1942, Charley at 17 years old heard the Navy’s recruitment premise of a “clean bed” and 3 square meals a day. He enlisted in the United States Navy to serve his country in World War II for 4 years.

Upon his return, Charles attended Rice University on the GI bill. He reunited with his High School sweetheart, Eloise Dentler, who had written to him every day during his service. The young Pemberton’s settled in Houston and started their family. Charles worked in sales, followed by the opportunity to own and manage the Lone Star beer distributorship in Beaumont. He was involved in the J.C.’s, YMBL, Boy’s Baseball, and a member of Trinity United Methodist Church. His final professional calling was joining Merrill Lynch as a financial advisor and stockbroker. Charles truly loved and excelled in helping many people with their investment portfolios through the years. He gave valuable meaning to the phrase “find a job that you love, and you never ‘work’ a day in your life”.

A detached retina and progressive macular degeneration caused his eyesight to deteriorate where he could no longer read adequately nor continue in his profession. Soon after, he discovered new loves: the hill country and Ganell Brunet. They married and moved to Blanco, Texas for the next twenty plus years where they contributed to the establishment of the lavender industry through their own Lavender Hill Farm. Lavender became a staple in the economy in Blanco and to the day draws hundreds of tourists to the area each year. Following Ganell’s death, Charley returned to Beaumont, becoming a resident at Calderwoods. He spent several wonderful years in the company of Bill Russell, socializing with old friends and attending community functions. The past two years found him declining in health but also spending quality time with his children, whom he adored. This old school gentleman continued daily to dress dapperly in his sport coat and slacks. He died peacefully at Christus-St. Elizabeth Hospital on December 8, 2020, at the age of 95.

At a later date the family will hold a service in Beaumont to celebrate his life. Charley’s ashes will be scattered over the lavender farm. Cremation arrangements were handled through Broussard’s Crematorium, under the direction of Broussard’s, 2000 McFaddin Avenue, Beaumont. 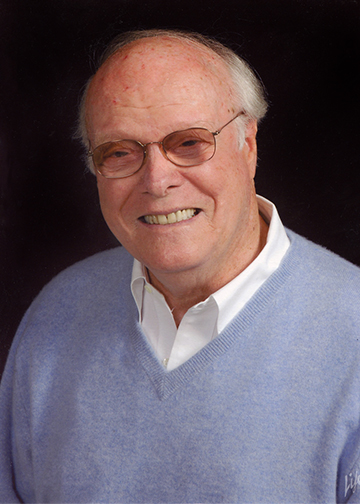 Sorry for your loss. Prayers for your family. Great memories spending time in Blanco with Charlie and Ganell. The lavender festivals were lots of work at the farm. We had a great time making lavender treats.

A special time in my life growing up on 21st street with the Pembertonâ€™s being my extended family, Loved them all as my own.

Charley was a very dear friend. He will be missed by many. May he Rest In Peace.

Precious â€œcuz,â€ I love you dearly. We treasure the time we had with you and Ganel, the trips to Europe, Australia, and time at the lavender farm. ...picnics in the car before the theatre, and dinner at favorite spots in SET. We shall miss you always. Nell & Terry

I met Charley in a creative writing class at Lamar University. I always loved reading his literary submissions. Charley drew from the well of wit, wisdom, and class. I will miss him.

Dear Paige, My life was enriched just reading about all your father contributed to this world. I celebrate his extraordinary life with you and hold you in my heart as you deal with the sadness of his death. You have such a wealth of memories to bring you joy. Love you. .

Charlie was a good friend. May His soul REST IN PEACE.

Will so fondly remember our many wonderful and insightful visits about the stock market.....My most sincere condolences to all of the Pemberton family....Rest In Peace My Friend....

Paige our thoughts and prayers are with you & your family, sorry for your loss.

So sad to hear about your dad . I remember him from long ago being friends with my Mother and Daddy. He was a kind man with a sweet soul - with sympathy and much love - Teresa and Donald Mudd

I hope that this message will reach Paige and Craig. We've just learned of Charley's death. Mom was able to have some fun phone visits with him over the last year. There are few of their San Jacinto High School friends remaining. They were quite a group! Fortunate are those of us who were part of their lives. With my best, Rodney