Charlie Wayne Rizzato, 72, was called peacefully home to our lord on January 04, 2022, at his residence in China, Texas.

He was a graduate of Hardin Jefferson High School.  Charlie went on to enroll at Lamar University, where he earned a Master in Mechanical Engineering and studied Computer Science.

His hobbies and interests included everything from nature and science to talking stocks with his nephew.  Charlie was an avid reader, researcher, and animal watcher.  He was fascinated with Space; and Elon Musk’s Neuralink company was a favorite of his, as the neurotechnology could potentially one day help paralyzed individuals.

He was a loving brother, a wonderful uncle, and a kind human being. 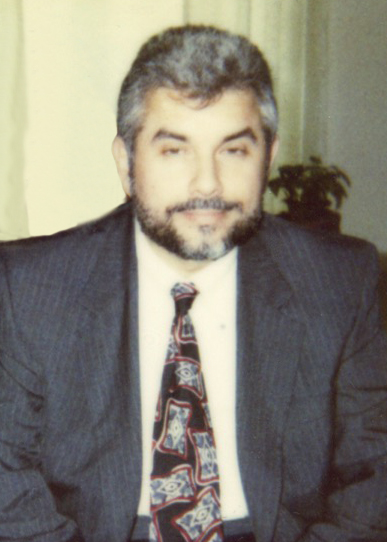 I was very young knowing Charlie yet I knew all the family. A lot of Italian live under the roof! I spent much time there as several of the girls were my baby sitters when I was a youngster. I have not seen him for a number of years but wish I had as our professions were similar. So sorry for your loss. Lots of love headed your way.

I am so sad to read this tonight. Charlie was an amazing man and will be missed by all.
Ronnie and I are sending sincere sympathy and love to his wonderful family.

God bless you,
Judi and Ronnie

To be absent from the body is to be present with Christ. I know Charlie was a Godly man. We truly admired him and his positive demeanor. His sense of humor was great. It has been several years since we’ve actually seen him but he and my husband would talk on the phone from time to time. I truly admire Patricia for living with and taking care of her brother. This is true love. I pray for ALL of his family for the love and comfort they need during their time of grief. Thanks Charlie for the good memories and know that your were loved by so many.

I didn’t know Charlie but wish I had. I do and did know his older brothers and sisters and I know they will miss him dearly. Prayers for each of you.

The Rizzato and West families have been neighbors from the very day Pete moved his family to China. Charlie was younger than myself and a smart kid in school/college. Even after Charlie’s car accident, his parent continued to support him with every effort available. In the 1970’s he was on the footsteps of something called computer science/programing. In the last 50 years Charlie continued to sharpen his mental and physical skills to extend his life, which brings me to the very important thing… his everlasting Italian smile. What a positive attitude? His smile inspired me to be a good neighbor and friend. We discussed fencing, land, cattle, politics and the stock market. On any subject, he always had his opinion. Charlie was our dear friend and we will truly miss his voice.
Sincerely with Love and Prayer,
Gerald & Pam

So sorry to hear about Charlie. We will have him and you guys in our prayers. God bless!

I am so sorry to read about Charlie passing away. It’s been over 50 years since I have seen him. I remember him from church and he was always so nice. My sincere condolences to his family!❤️

Very sorry to hear of Charlie’s passing. Wishes of peace and comfort for the family.

I can remember the Rizzato family from when they moved to China. I can remember Charlie Wayne later on
In life but he was more on the quiet side. I’m so sorry for your loss but I know Charlie is doing okay now. Take care of each other and things will be better.

So sorry to learn of Charlie’s passing. Our thoughts and prayers are with the family.