Charles Pratt Williams, 65, of Nederland, passed away Monday, November 14, 2022, after a brief stay in the hospital. He was born December 10, 1956, in Beaumont, to Mary Eugenia Pratt Williams and Clifford Odell Williams. Charles lived his life in Nederland and was affectionately referred to as “Charley” or “Chuck” by some.

Charles was diagnosed a diabetic at the age of eight and defied the odds of life expectancy. He fought to not let the disease limit his life experiences. He graduated from Nederland High School in 1975 where he met lifelong friends who were there with him throughout his life’s journey.  Charles earned a bachelor’s degree from Lamar University in Accounting and later received his CPA certification.  Charles had a thirst for knowledge as evidenced by his continuing education throughout his life and earning his associate’s degree from Lamar at age fifty.

Charles was a man with simple needs; he had an innate sense of right and wrong and was very firm in his beliefs.  He was fiercely independent and loyal.  His dry sense of humor and heavy dose of sarcasm kept those around him entertained and laughing.  Charles tried to emit a gruff exterior, but it didn’t take long to see that he was actually very kindhearted and always willing to help out however he could.

Charley became known for his Christmas gift of “Texas Trash” that he distributed to friends, neighbors, and family.  He had his own unique recipe, and everyone looked forward to getting their annual package from “Chuck”.

He was always proud of his nieces and nephews, and he cherished his close friends just like family. He enjoyed gardening, reading, DIY engineering projects, the Houston Astros, and his favorite TV series, NOVA.   He had the deepest respect for those who have served and are serving our country.

He was loved and he will be remembered and missed for the rest of our lives.

Memorial contributions in honor of Mr. Williams may be made to the American Diabetes Association, P.O. Box 7023, Merrifield, Virginia  22116-7023. 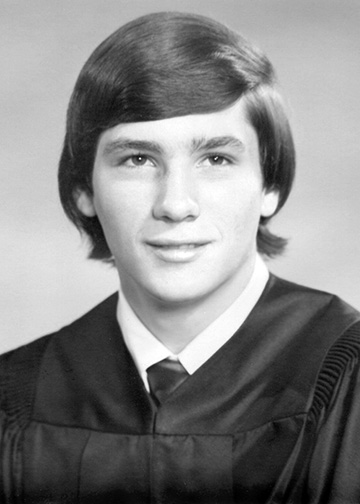 Such a great guy to have known.

I was blessed to have known Charley. He was so inspirational in so many ways. I will miss all that he brought to this world during his lifetime.

Beautiful obituary. Charley was a wonderfully kind man and will be missed.

Charley Williams was a remarkable man – true to his family – friends and all who’s lives he touched. He was a proud man and very loyal to those close to him – he provided support to those in need always willing to go that extra mile and was very supportive of all who had the honor of serving in the military. Charley will be missed by those who loved him and continue to keep the family in my prayers