Claude Allen Sharpton, 69, of Beaumont, died Thursday, August 19, 2021, at Christus Southeast Texas-St. Elizabeth, Beaumont. He was born on May 28, 1952, to Mary Lou Wiltshire and Luther Allen Sharpton, in Orange, and was a veteran of the United States Army. Claude was a longtime mail carrier for the United States Postal Service. He was interested in reading, gardening, astronomy, and animals.

Memorial contributions may be made to The Humane Society of Southeast Texas, 2050 Spindletop Avenue, Beaumont, Texas 77705.

“I hope I made each of you laugh somewhere along the way.” – Claude Sharpton 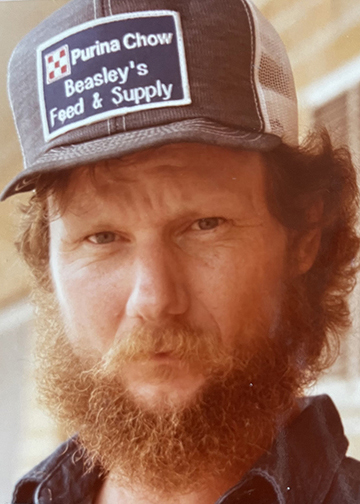 I just learned today of Claude’s death and know I have a lost a dear friend and the world has lost a wonderful man. My husband Gordon and I became friends with Claude when he started dating our good friend Sandra Hawthorne Mason. We feel blessed to be left with many wonderful memories from our times together. Yes Claude – you did give us the gift of laughter & joy whenever we were together and you will live in our hearts forever. With Love – Kay & Gordon Dees

You were a great letter carrier, an co worker love Barbara

I had the pleasure of being next door neighbors with Claude for many years. We had numerous conversations standing at our shared fence. I was Tim and he was our family’s, Wilson. My children would climb on our gazebo to see him over the fence and hold big talks with him in the evenings while he and Darlin’ worked in the backyard. I enjoyed the discussions and looking through his telescope. There never was a dull moment and nothing but great memories! He will be deeply missed. Our family will never forget him.

Claude was a great guy. We carried on a year long chess tournament one time. He was my mail carrier and he would stop by my office and joke with us every day. He was so funny and knew a lot of information about many topics. He was a very unique guy that will be truly missed!

My sympathy to Claude’s family and friends. Through the years I lost touch with Claude after Joy and Alton died. I was shocked and saddened to read he passed away. I have fond memories of sharing holiday celebrations in the Hawthorne’s home with him. Yes, he made us all laugh and smile often. Rest peacefully, Claude…

Claude was one of a kind, intelligent, funny, perceptive. And a good friend. He will be missed by all