Clayton lived a very full life. He helped his father cultivate the land as sharecroppers during the Great Depression. He enlisted in the Navy as a 17-year-old and served in the South Pacific during World War II. Later he married his high school sweetheart, Robbie Yeagin and they had three daughters: Shirley, Kathy, and Kim. Clayton was the North Plant Execution Supervisor for Mobil Refinery and retired after over 33 years of dedication and hard work. He joined the Masons in 1947 and received his 75-year pin in October 2022.

Clayton and Robbie raised their family in Beaumont, Texas and eventually decided to move to Nome, Texas to be closer to their grandchildren. He was very active in his faith serving as a deacon in the First Baptist Church of Nome for many years where he made many close friends. For 23 years he volunteered at Vacation Bible School and served as a chaplain for Henderson Middle School in China, Texas for several years.

Clayton spent much of his life outdoors. He was a wonderful gardener and always had a garden in his backyard (and sometimes 3 or 4), happily sharing the bounty of his harvest with family and friends. He loved hunting and fishing and continued to be active in these activities well into his 90s. He enjoyed telling jokes and making others laugh. He loved to sit on his front porch and drink his coffee every day. Cornbread, cowboy stew, and Blue Bell homemade vanilla ice cream were staples in his diet.

Clayton was very active and very independent. He lived on his own and took care of himself until just a few weeks before his passing.

In lieu of flowers the family requests that those who wish to honor the memory of Clayton E. Glaze may do so by making a memorial contribution to the Lamar University Foundation for the Shirley F. Wheelington Scholarship Fund in Education, P.O. Box 11500, Beaumont, Texas 77710 or  Donate Here. 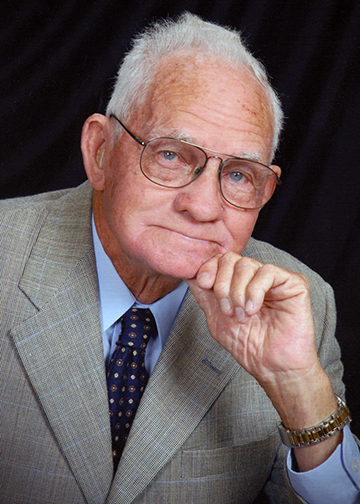 Kathy and Family, I am so sorry to hear about your dear Daddy. I know he loved living out here so that he and your Mom could be close to all the grands and greats. He lived a wonderful and full life. He and your Mom can now catch up, in Heaven. My thoughts are with you all❤️

I only had the honor of visiting with him a few times, but they were enjoyable conversations. Fair winds and following seas. My sincerest condolences to all of the family.

I called him uncle Clayton, what a fine Christian leader for young people. I will miss him greatly. Job well done, you have been blessed all your life, “”well done”.