Connie Lynn Main-Thompson, 61, of Beaumont, died Saturday, December 4, 2021, in Houston, Texas, surrounded by her children. She was born on June 15, 1960, to Charlotte Ranger and Charles Main in Norwich, Connecticut.

Connie worked as a psychiatric tech at Stoney Lodge Hospital in Ossining, New York, where she met John, the love of her life. They eventually married and began their life in Beacon, New York. Their first child, Carley, was born in New York in 1990 and the family soon moved to Texas in 1992. They then had four more children: Hannah in 1994, Matthew in 1997, Jacob in 2000, and Mallorie in 2007, in Beaumont. Once in Texas, Connie initially worked as a pediatric nurse at Christus St. Elizabeth Hospital and Baptist Hospital, and as a psychiatric nurse at Baptist Hospital. She also worked for the State of Texas in the Medically Dependent Children’s Program, where she found her passion for helping children with special needs and disabilities. She later worked as a senior RN case manager for United Healthcare and had a deep appreciation for jobs in which she could physically and emotionally help people in need. Connie had a knack for comforting people who opened up to her and impressed everyone she knew with her generosity and hardworking attitude. She loved sewing and being with her children and grandchildren, who she was never too busy to spend time with. She is deeply missed by those who live on without her and she will never be forgotten.

Connie was wise, kind, loving, accepting, honest, genuine, respected, intelligent, creative, compassionate, and determined. She was an incredible mother, wife, daughter, sister, friend, advocate, and Ya-ya (grandmother), which she demonstrated to those who she has touched.

She was preceded in death by both of her parents, her husband John, and her daughter Mallorie. She is survived by her sisters, Jean Silliman, Joan Capallo, and Heather Nye; her brothers, George Main and Robert Capallo; daughter and son-in-law, Carley O’Burke and Jeremy O’Burke; grandchildren, Joshua and Eva; daughter, Hannah Thompson; son and daughter-in-law, Matthew and Lauren Thompson; and son Jacob Thompson.

Please have the kindness and courtesy to wear a mask and observe social distancing guidelines, as many of Mrs. Main-Thompson’s friends and family are medically fragile and immunosuppressed. 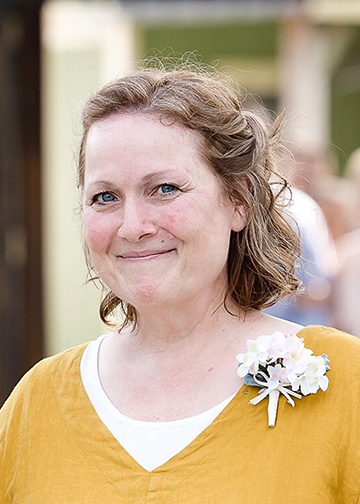 To Friends of the Thompson family:
Connie’s children asked that this information be provided.
Memorial donations may be made to
Some Other Place, PO Box 843, Beaumont, TX 77704, and to Catholic Charities Hospitality Center, 2780 Eastex Freeway, Beaumont, TX 77703. They desire direct assistance to the homeless and hungry in honor of Connie.
Thank you.
Father Michael Jamail

Carley, Hannah, Matthew and Jacob, Y’all are in my prayers. The picture of your mom is beautiful. I can only imagine the reunion with your mom, Mallorie and your Dad! I hope that image will bring you much comfort in these painful times ahead. Your mom and your dad raised the most beautiful family. I am so thankful for the life of your sweet sister Mallorie as it gave me the gift of friendship with your mom and dad!

May you find comfort in the love of family and friends and never forget the cherished memories. Know that you all are in our prayers.

Ms. Connie was one of the kindest, most encouraging women. She was authentic while so many people wear masks. Her beautiful presence will be deeply, deeply missed by so many. I’m so sorry Carley, Hannah, Matthew and Jacob. I love you and am praying for you.

Thinking of you and praying for you all. I know she has Mallory in her arms again. 🙏❤️

Thinking of you and praying for you all. I know she has Mallory in her arms again. 🙏❤️

DEAR CARLY, HANNAH, MATHEW, AND JACOB: MAY GOD BLESS YOU ALL WITH PEACE OF MIND AND COMFORT AT THIS TIME AND ALWAYS.

Hannah, so sorry to hear about your mom. We are thinking about you and your family.
Praying for all of you,
Jennifer Swindell
(we worked together at Carl Johnsen’s)