Constance Michelle Ozio-Wolfe passed away unexpectedly on May 15, 2021, at the age of 34.

Constance was born on November 14, 1986, in Beaumont, Texas, to Diane Armstrong and Alvin Ozio. She lived most of her life in the Vidor, Texas, area. She married Frederick Wolfe, Jr. on October 6, 2012.

Constance had a zest for life. She was enrolled at Lamar University studying for a Bachelor of Science in geology. She enjoyed substituting at various schools in the area.

She loved collecting, identifying and displaying minerals. She even took a trip to Scotland with her son, Killian, where they collected minerals. With her, you don’t call them rocks, they were minerals!! She also loved to garden flowers and vegetables. Arts and crafts with the children was a must. They made anything from slime to Play-Doh. Cooking and baking was also something she loved to do. She loved the holidays with the huge meals. She was also involved with fund raising in the community anytime there was a need.

She will be deeply missed by all who knew and loved her.

Constance is preceded in death by her parents. She is survived by her husband, Frederick Wolfe, Jr.; 4 beautiful children, Killian Alexander, Kileigh Grace, Korbin Silas and Kennedie Harper and 1 beautiful step-daughter, Hannah Renee. She is also survived by her mother-in-law and father-in-law, Judy and Ron Hamlin; sister-in-law, Natasha Linet, brother, Jake Ozio and wife, Heather; and brother, Jed Ozio. She is also survived by a host of nieces and nephews.

Her cremation arrangements will be handled through Broussard’s Crematorium under the direction Broussard’s, 1605 North Major Drive, Beaumont. 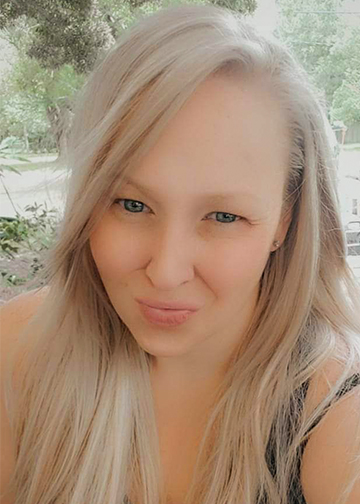