There he attended Keren ISD and graduated from Kerens High School in 1960. He worked construction work until 1964 and at that time entered into a Law Enforcement career with the Texas Dept. of Public Safety. He attended the DPS academy from April of 1964 until August of 1964. Upon completion of the DPS academy he was assigned to work in the Houston area. Curtis dropped his first name and started going by Wayne Padgett to all of his friends, family, and law enforcement comrades. Wayne was called up by the selective service in 1965. February 1965 he entered into the United States Marine Corp Reserves. He attended MCRD Parris Island NC and finished up the rest of his 6 months of training at Camp Lejeune, NC. Wayne then returned to his position with DPS in Houston, TX working Driver’s License and Highway Patrol duties. In Sept. 1968 Wayne became an investigator in the Narcotics Division of DPS in Houston. Wayne would work there until Sept. 1971 when he was promoted to the rank of Sergeant and transferred to the Fort Worth office as Supervisor of the DPS Narcotics division. He would remain there for 11 months. He transferred to Beaumont in August of 1972 as Supervisor of the Beaumont area DPS Narcotics unit and he would remain there until he retired in Sept. of 1995. Wayne’s career spanned over 31 years with most of it in the Beaumont area. Wayne settled in and raised his family there. He worked closely with Local and Federal agencies and was very well respected in the law enforcement community around the state. After his retirement, Wayne worked part time with the US Marshalls Office in Beaumont. Wayne became a DPS Quarter Century Club in 1989 and received numerous commendations relating to achievements in the field of narcotics enforcement. Wayne had served as a member of the Advisory Committee for the Jefferson County 100 Club and was a Member of the US Organized Crime Drug Enforcement Task Force, District Coordinating Committee. Wayne was an avid fisherman and hunter. He loved the outdoors, he loved his job, and most of all he loved his family. When Wayne was not at work you could always find him at a ball field with his sons and then his grandchildren. Wayne Padgett will be sorely missed by all that knew him.

He is preceded in death by his parents Cleo and Talley Padgett; brother-in-law Charles Baxter; grandson, Blain Padgett; and nephew, Steven Padgett. 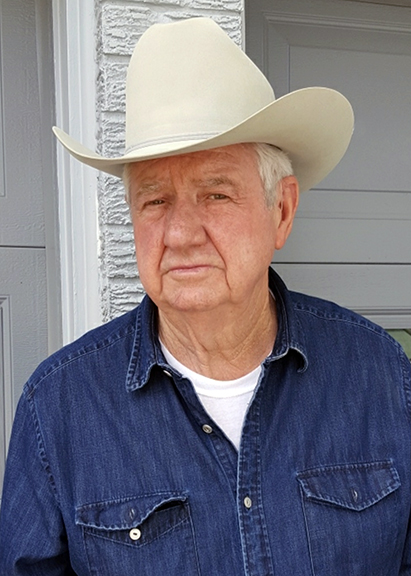 Aunt Stephanie, I'm so sorry to hear of the passing of your father-n-law. Your family will be in our prayers. Love, Garrett and Jillian

Dear Padgett Family, We were so sorry to hear of the loss of Mr. Padgett. We are praying that God surrounds you with many great memories and loved ones during your time of grief. May He surround you with His comfort and peace and know that we will be praying for your family. In Godâ€™s healing grip, Carl Lane & Cindy Henderson

James, Stephanie, Mical, Wyndi, Kyle,Kim and All families, Mike & I offer our most sincere & most heartfelt prayers to Yâ€™all at this sad and trying time. We all know Wayne is in a much better place and is at peace.~ Love Yâ€™all. Lisa & Mike Doguet

So sorry Padgett family for your loss. Our hearts go out to your family in this time of sorrow.

Rita and I are so sorry for your loss praying for comfort for the family. Love you guys

I pray for the Padgett Families strength during this time of mourning. I was very fortunate and honored to have worked narcotics enforcement with Wayne, and very proud to have been his friend. God Bless. Ric Humphreys

Wayne was a great friend of mine and we did many things together thru the years.,having known him and the family for about 48 years. Our prayers go out to the family. He will be dearly missed..

So sorry to hear the passing of your father n law.

Wayne will be missed in the US Marshals Office. He was a mentor to me and a friend. Godspeed Wayne.

Jimmy, Mical, & Kyle, & all the rest of you, Iâ€™m so sorry for your loss, & so wish I could be there for you all today. I know you will cherish the memories you have of & with him, as will I, until we all meet again in that land where weâ€™ll never grow old. Until then, every John Wayne, or Clint Eastwood western that comes on, I will think about him. Love you all, Aunt Lisa

So sorry for your loss..Prayers to his family and friends

What a great man, Although Wayne was a quiet person, but when he talked we would listen, wonderful man, he will be missed. Blain as all his grandkids were loved so much by him. Very proud of his kids, Mike you were a wonderful son. Blain and Wayne are together, in heaven. Miss them both very much. Mike and Wyndi Kennedy and Cameron we love yâ€™all.

Chris. My condolences on the loss of your brother.