Cyrus Spencer Vara, 20, of San Antonio Texas, passed Saturday, May 7, 2022. He was born on September 12, 2001. Cyrus was a cherished son, beloved brother, awesome cousin, an overall precious family member and friend to many.

Cyrus was a kindhearted boy who was very introspective and empathetic; he was intelligent and thoughtful. He always strived for things that were true to what he believed. He was just like his momma, a little quirky and weird, but always made people around him laugh with his bad jokes. Cyrus was always kind, funny, down to play with his little brothers and patient when it came to teaching them new things. When Cyrus was feeling sad or down, he still made it a point to help you, make you laugh, joke to the point you forgot why you were feeling down in the first place and that’s what made him special. He said he’s just trying to enjoy this short life and have fun while doing it and that’s exactly what he did, as a family we are proud to say we did it with him and we are grateful for the love and memories he gave us.

Cremation arrangements for Mr. Vara were handled through Broussard’s Crematorium, under the direction of Broussard’s, 2000 McFaddin Avenue, Beaumont. 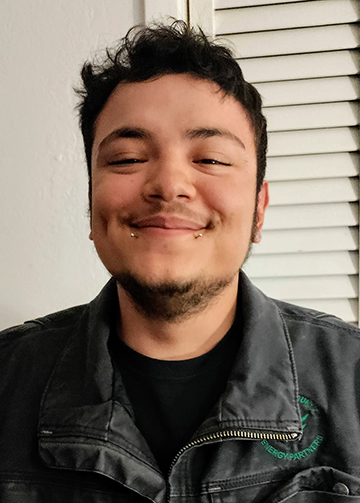 He will be missed terribly. I will never forget hanging out in the kitchen talking as he cooked or trying new creations he had made. Or hanging out talking about games or just goofy things going on. Our hearts are breaking for the family.

My son, you came into this world early weighing only 3lbs 12oz. You were so tiny when I held you the very first time. I wished you’d leave this place later but like your birth, leaving early seemed to be the way. You were my little miracle baby, you were me with all my characteristics (the good and bad), you brought me so much joy and I loved how we could laugh and laugh at the dumbest things. My son, all the “I love you mom”s will never be forgotten. You will always be my lil bubba. I’ll forever miss your laugh. I’ll miss being able to kiss you. I’ll miss your hugs. Till we meet again in the next life. I love you, son…like a bunch of bananas (Even though I hate bananas).