Dan was a lifelong resident of Southeast Texas. He raised his family in Lumberton, where his wife currently resides. He was an avid fisherman and deer knew him by his first name-he even has his own line of Hunter Dan dolls.

His grandchildren were a huge source of joy and admiration. Each had a special place in his heart. Zach is involved in Boy Scouts and recently received his black belt in Taekwondo, and this made Dan extremely proud. His only granddaughter, Riley, had a special nickname “Riley Bug” and she had him wrapped around her tiny little finger from the moment they met. He made the most amazing fried catfish, and she thinks it is “Paw Paw’s special chicken nuggets”. Evan is his youngest grandson and has his mother’s smile. He loved eating, sharing, and picking satsumas with Evan.

He grew up in Silsbee with his sister, Ann. His mother, Lois, was one of the most precious souls, and he certainly challenged her patience. He met his wife of 42 years, during a fist fight between him and her brother. She ran out to cheer Dan along, and the two became inseparable at the age of 14. They welcomed their first daughter, Danese in 1979, son Jared in 1982, and Mikayla in 1995.

Dan was the type of friend who would call when he thought of you, drop everything to help a buddy out, and show up every time he said he would. He was a as real as they come, and a true salt of the earth.

He loved to play jokes, pranks, and crazy antics to make us smile. He always enjoyed giving us a good scare. Whether it be by jumping out from around the corner, banging on a closed door, or randomly hollering at the top of his lungs, each of his pranks were immediately followed by his memorable laugh. Laughter was medicine and he gave it freely. At Christmas, he would sit back and watch his kids and grandkids open presents. He found true joy in giving.

He worked at WestRock papermill in Evadale for twenty-nine years as an instrument and electrical technician. He made valuable work and personal friendships there, and he was a fantastic provider. He worked hard to provide his children with everything they needed and always wanted to ensure they “never did without.”

Dan had a special relationship with his cousins, and they often referred to him as the life of the party. He enjoyed our family gatherings at his lake house where bonfires, boat rides, and smores were a must. He enjoyed the outdoors, fishing, and boating on Lake Sam Rayburn. He loved slinging us around when tubing on the lake and had great satisfaction anytime he succeeded in tossing us in the water. Four-wheeler rides were expected from each of his grandchildren, and he gladly obliged.

He was extremely proud of his family and the life he created for himself. He was a truly blessed man that will be missed by many. 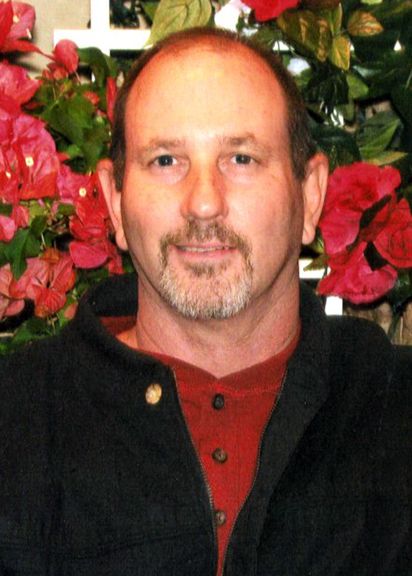 Dan was always there for my wife his cousin Jeannie who he joins in heaven .I’ll never forget you my friend...

Dear Saima, my heart is heavy. So shocked and saddened to hear. All my love and prayers for you all. Joan

To: Siama & Family I regret due to health problems that we could not come. I consider it an honor. to have been asked to be. A Pall Bearer for Dan. God bless all of you.

To an old hunting buddy I will always remember may god. Bless the family

Dan blessed our lives with a generous soul that could tolerate no grey...black or white, it was going to be what was right...and if that did not satisfy you there was comfort unequivocally knowing where you stood with the man. I will miss my friend, a rock of a man; but I am not grieving too hard because Dan is in the Kingdom pulling stunts on Ted and Tony...all reveling in their newly improved hearing as they debate whether you clean a deer hanging from it's feet or neck. God's blessing? We got it already...it was Dan.

I am so saddened and shocked to learn of Dan’s passing.. Dan was a joy to know, always a gentleman, always friendly, and quick to give a smile and a hug. My heart breaks for his precious family who will continue on, but without hiim. Sweet memories of Dan will be held by all who knew him.

My heart is broken to hear this. Saima you are a great wife, mother, friend ,Dan loved you and his family so much. You are in my prayers.