David grew up on a milk farm outside Beaumont, Texas. After high school, he served in the U.S. Air Force, assigned to the 564th Strategic Atlas ICBM Missile Squadron in Wyoming. While in the Air Force, he volunteered as a high school tennis coach near Cheyenne, where he coached his team to the state high school championship. David spent his entire career with Lockheed Martin at the NASA Johnson Space Center in Houston. He began his career as an astronaut training test subject in the Gemini and Apollo space programs, then later as a facilities operator. David retired to Lake Sam Rayburn where he enjoyed his lifelong passion for fishing. He was an accomplished woodworker, making custom items for his many friends and loved ones.

Cremation arrangements for David Burris will be handled through Broussard’s crematorium, under the direction of Broussard’s Mortuary in Beaumont, Texas. Family and friends will gather at a later date to celebrate his life. 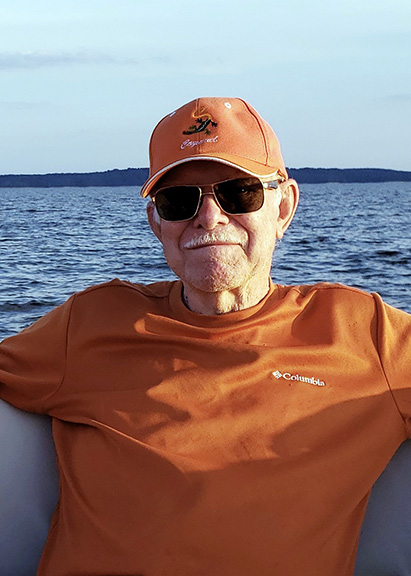 David was a people person. Once he had met you....it was as if you had been friends from childhood. He set no limits on the kindnesses he would willing give his friends and always placed others interests above his own. He could easily visit for hours and never be at a loss for humor, compassion, honest interest or just plain human caring as the conversation might require. I'm sure he must have visited with St. Peter for hours at the gates of heaven before finally passing through them! Always a good and kind friend, he will continue to be among us forever.