David was a graduate of Texas A&M University. He was a very proud Aggie and member of the A&M Corps of Cadets. David served as Commander of Company F1 and was a member of the Ross Volunteer Association, serving as an escort for the Governor of Texas. He enjoyed cooking, hunting, and playing pool. He loved family gatherings and was very dedicated to his family’s business, Western Auto, which later became Nederland Hardware Supply.

He is preceded in death by his parents; son, Kristopher Edgar; sister, Mary Wooten and her husband, James, and their daughter, Jill; and brother-in-law, Jim Blount.

Cremation arrangements for Mr. Edgar were handled through Broussard’s Crematorium, under the direction of Broussard’s, 505 N. 12th Street, Nederland, with a memorial service to be held at a later date. 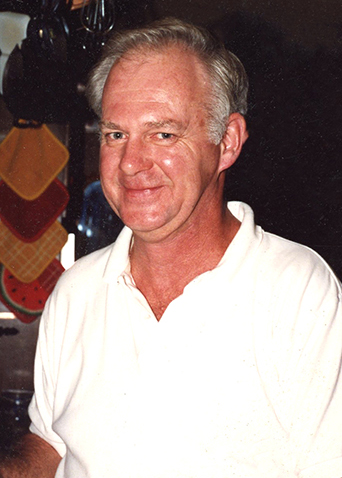 You are truly missed!

David and I were more than school and college mates. We were brothers-in-law and shared many memorable times together. I will miss him. God Bless his loving family.

Nancy and I are sorry for your loss.
Praying for you and your as you mourn the loss.

My condolences to his family I was taking care of him at Cascades of Port Arthur formally known as Guif Healthcare and it was my pleasure to have taken care of him while he was there, May he Rest In Paradise 😇

Mr. Edgar was the Company Commander of F-1 my Freshman year. He was great guy and all respected his leadership and encouraging us all to do well in our studies.

David and I went to school together. My dad and his dad worked together at Western Auto. I later attended church with his son and their sweet family. Sorry for your loss David.

My condolences to David’s family. The world has lost a really great guy.

Thanks for the memories.

Truly sorry for the loss of my cousin and know he will be missed by many friends and family. He was blessed with many wonderful children, grandchildren and great-grandchildren. I remember his sweet smile.

Our sincere condolences to the Edgar family. We cherish our school days and college memories.

Many good times together at A&M. My prayers for the family.

David and I graduated high school together. He was such a great guy and I know he will be missed by many.
Judy Arsement Radcliff.

My condolences for the family. I truly enjoyed knowing David and spending time with him. He was a very kind to me and my family.

David, I’m so sorry to hear about the loss of your dad. Keeping you and your family in my prayers

You were my husband and the father of our son and a friend for life. You will be missed.