On December 3, 2022, Dee Ann Whittington slipped away peacefully after living bravely with early onset Dementia. At the time of her passing, she was surrounded by her family at her Hill Country cabin in Junction, Texas.

DeeAnn entered this world on September 10, 1960, to parents Don Smith, Sr. and JoAnn Thomas in Liberty, Texas. She was the youngest and only daughter of her parents. She was raised with her two older brothers, Donald and David Smith where she quickly learned her strong love for her family. While growing up she developed a one-of-a-kind personality that included a contagious laugh and unforgettable smile.

At age 16, DeeAnn met her teenage love, Cliff Whittington. Quickly after spending time together, Dee became Cliff’s brown eyed girl and he never left her side for almost 46 years. The starting of their family became early where DeeAnn loved nothing more than her two sons. During their marriage, they traveled continuously including seeing London, Rome, Switzerland, and Hawaii 15 consecutive years. Out of all the places that they traveled together, nothing topped Dee’s love for the West Texas Hill Country. This location was special for DeeAnn while she continued to make cherishable memories with her sons, Jason and Hunter. Dee gave her sons the best childhood times that any mother could possibly have done.

Dee’s love for hunting and traveling trickled down to include her nieces and nephews. Being known as the “favorite aunt” she continued to love them as her own. Her bond with her nieces and nephews gave Dee a chance to enjoy her “kid at heart” energy. DeeAnn became a grandmother at an early age. This was a very important role that she not only appreciated but adored. Dee’s love for her family was genuine and made lasting impressions as she touched many lives.

Even during DeeAnn’s hardest times she remained beautiful with a strong heart. She had a profound effect on many and will always be loved. The ones left behind will continue to dance and live a “free spirit” life in her honor as she will ALWAYS be missed.

She is preceded in death by her father, Don Smith, Sr.

A family graveside service will be held at Whittington Cemetery, Devers, under the direction of Broussard’s, 1605 North Major Drive, Beaumont. 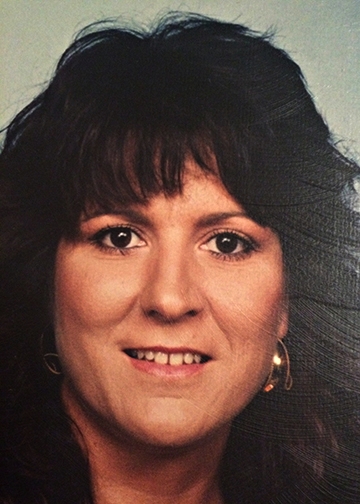 Cliff, I am so sorry to hear of DeeAnns passing. Our prayers are with you and your sons.

Our prayers and thoughts are with you and the Whittington family. Love you all.

Dee Ann god bless you and your family , you will truly be missed .

So sorry Dee Ann u had to go so soon , now you are in heaven no more pain you will be missed. God bless all of the loved ones left behind , sending love ,, tina and grady hall from colorado.

Dee Ann, I was so shocked to see you passed. We had a few talks and visits after Phyllis passed, but then I was unable to reach you anymore. Now I know why. Those old school friendships go deep. Although I haven’t seen you in probably 10 years, I’m typing this and crying like a baby. I’m so sorry you were ill, and so sorry I didn’t know. You and your family will be in my thoughts and prayers. See you on the other side my friend. Love you. Kim

Hunter and Family: I am so sorry for your loss. You are in my thoughts and prayers.

DeeAnn, my sister in Heaven. They say there is a reason, they say time will heal; Neither time or reason will change the way I feel. Gone are the days we used to share, but in my heart you are always there. The gates of memories will never close; I miss you more than anybody knows….
I will love and miss you everday till we meet again.
Always and Forever, your loving sister,
Christine