Dewey Jude Gonsoulin, 90, passed away peacefully in his home on Tuesday, November 3, 2020, surrounded by family. He joins his beloved wife of 56 years, Jean J. Gonsoulin, who preceded him on June 17, 2015. Their love story began with a blind date and they quickly realized that they had met their perfect match; three months later they got engaged. They wed on April 25, 1959, in Beaumont, at St. Anne Catholic Church, and embarked on a decades-long marriage that was a model for their three children, Jean Elizabeth Gonsoulin, Anne Gonsoulin Figueiras and Dewey Jude Gonsoulin, Jr.

For Dewey, family was paramount from the beginning of his life. He was born on December 27, 1929, in Houston to Robert and Elma Gonsoulin and he shared that date with his parents’ wedding anniversary. He adored his two brothers, Robert (Bobby) F. Gonsoulin, Jr. and Thomas (Tom) P. Gonsoulin and cherished his extended array of aunts and uncles, cousins, nieces and nephews across Texas and Louisiana. He spent happy summers with grandparents in Jeanerette, Louisiana, and later shared that Cajun heritage with his own family.

Although his family roots were in Louisiana, he grew up in Houston where he graduated as valedictorian of St. Thomas High School in May of 1947. He remained in Houston and attended Rice Institute, now known as Rice University, where he was chosen as a member of Phi Beta Kappa and graduated with a Bachelor of Arts degree with distinction in June of 1951. In later years, he was an enthusiastic member of the ROMEOs, “Rice Owl Men Eating Out,” when senior alumni friends would meet regularly in Houston for lunch and reminiscing.

Following his graduation from Rice, Dewey entered the University of Texas Law School in September of 1951 and joined the U.S. Army R.O.T.C. He graduated three years later from law school in May of 1954 both with honors and as a Distinguished Military Graduate. During his time at UT Law School, he served on the Texas Law Review as a case note editor and was a member of the honorary law fraternity, Phi Delta Phi.

Upon graduating from law school in 1954, he entered the U.S. Army full-time and received a Second Lieutenant commission in the U.S. Army Medical Service Corps.  He was stationed in Japan, and after two years of service was honorably discharged as a First Lieutenant of the Army.

Dewey returned to Houston and interviewed with Keith, Mehaffy, & Weber in the nearby town of Beaumont. He met with the firm’s partner attorneys on October 1,1956 and was offered an associate position on the spot. He practiced there for nearly 60 years. For many years, he was a name partner in what became Mehaffy, Weber, Keith & Gonsoulin; however, at his own recommendation, the firm rebranded itself in keeping with a growing trend of two-name firms to MehaffyWeber – the name it retains today.

As he moved through the firm ranks of associate, partner and later “Of Counsel,” he built an extraordinary career as a trial lawyer and appellate law specialist. He was one of the first lawyers to be certified in labor law by the Texas Board of Legal Specialization in 1975 and was later certified in civil appellate law in 1989. Over his long career, Dewey argued six times before the Texas Supreme Court and countless times in front of the Fifth Circuit Court of Appeals.

A leader in the profession, Dewey served as president of the Texas Association of Defense Counsel (TADC), and the Jefferson County Bar Association, where he was also awarded the Blackstone Award. In 1985, he was inducted as a Fellow of the distinguished American College of Trial Lawyers, and he was a Life Fellow of the Texas Bar Foundation. In addition, he was a faculty member of the Trial Academy for the International Association of Defense Counsel.  While he was proud of these accolades, more important to him was his reputation for being an honest, ethical member of the legal community.  His integrity was unquestioned, and he was often praised for taking the time to mentor young attorneys regardless of whether they were members of his firm or opposing counsel.

While his legal career was a source of great pride for Dewey, he always made his Catholic faith and his love of family the top priorities in his life.  In addition to being married at St. Anne’s Catholic Church, he was also a loyal parishioner there for many years, serving as an usher and eucharistic minister.  He later was instrumental in the founding of St. Jude Thaddeus Catholic Church, chairing the Finance Committee that helped raise the funds necessary to build the initial church. His faith was truly important to him, and he lived it daily in both word and deed as a model for his family and others.

In addition to being passionate about his faith, Dewey loved his family and was a dedicated husband, father and grandfather.  He and Jean travelled the world extensively together, and when not traveling they enjoyed being members of several social clubs in Beaumont, including the Rococo dance club, Shady Investors, and Profits Unlimited to name just a few.  Dewey loved spending time with his children and grandchildren, and made sure that he supported them in all their endeavors.  He spent countless hours attending athletic events, school functions and other activities they participated in.  He was an avid sportsman and made certain to share his love of fishing and hunting with his family and his close friends.  He particularly loved his many trips spent salmon fishing in Alaska.

Through all of his activities and legal career, Dewey still found time to serve his community. He was chairman of the Beaumont Civil Service Commission for 25 years, chairman of the Local Governing Board for Christus St. Elizabeth Hospital for eight years, and a member of the Board of Directors for the Beaumont Chamber of Commerce for seven years. He also served on Monsignor Kelly High School Board of Directors for several years, and was the long-time Secretary of the Taylor’s Bayou Hunting Club.

A Mass of Christian Burial and graveside service for Dewey will be held for immediate family, and a celebration of his life will be planned in the spring or early summer for extended family, friends, colleagues and others who wish to share in an honoring of his life.  The family extends their sincere thanks and gratitude to all the caregivers who assisted Dewey during his final years, and particularly to Josephine, Kathy, Ana, Pete, Dori, Emily, Raul and Linda for their long service to the family.

Memorial contributions may be made to the Dewey Jude Gonsoulin, Sr. Endowment for Excellence Scholarship in Law at the University of Texas School of Law, www.UTLSF.org/gonsoulin; to St. Jude’s Catholic Church, 6825 Gladys Avenue, Beaumont, Texas, 77706-3239, https://osvhub.com/stjudebmt/funds; or to an organization of your choice. 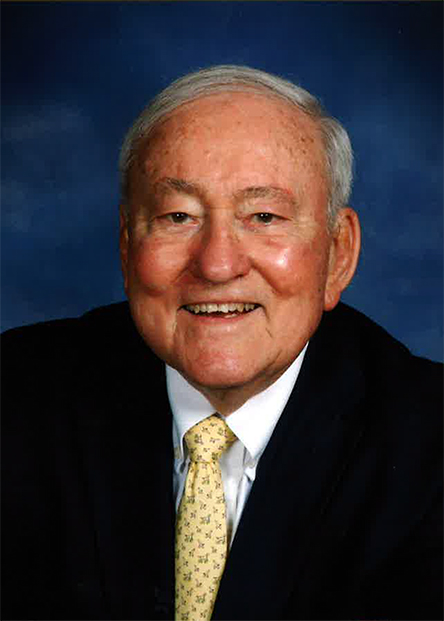 My thoughts & prayers are with each & all of your family! I pray God with. His Almighty Blessings will shower your Dad with much peace & Joy. As. He begins his eternal life in Godâ€™s Glorious Kingdom of Heaven!

My sympathies for Mr. Dewey to you all. He would share the best stories but my favorite was of his first dog from his wife. I am certain there is a fantastic reunion going on for the two of them.

Oh how we all adored him. I bet he was smiling as his last time on our earth dwindled down. What a legacy you three have with both of your parents.

Gounsoulin family, we are sorry to hear about the death of Mr. Gonsoulin.. I know he talked lots with Dad over the years and really helped me in my legal career. He was well liked and will be missed. You all are in our prayers.

I am very sorry to hear of Mr. Gonsoulinâ€™s passing. I worked with him at MehaffyWeber and had a great respect for him. May he Rest In Peace.

Dewey almost always had a smile on his face.... even when it was early in the morning. He was always a gentleman and a man you could trust. His death is a loss to all who knew him. Peggy

I work in the same building. I would see your dad on the elevator. Having lost my own dad in 2006, I always enjoyed our chats. Nothing deep, but his kindness went straight to my heart!! God bless you and watch over you and your families. A beautiful soul!!

Thoughts and prayers to the Dewey Gonsoulin family. Dewey and I hunted ducks, quail, doves, pigeons, and I don't know what else, and caught fish together, and ate no-telling how many sandwiches from Honey B Ham. We swapped story after story, and laughed, and teared up, and never said goodbye, just "see you next time". A life well lived. Well done, Dewey. May God comfort his family at this time.

Dewey was a good guy and friend. My extended sorry to Family and friends. May his soul REST-IN-Peace.

Jean, Anne, Dewey, There are no words to Fully describe your Dad! He was One of the most kindest, generous and loving persons I have ever had the pleasure of knowing. He left an imprint on my life. I will miss him. I know he is in great company in the kingdom of God. May god bless each of you. Peace and love, Jim

Very sorry to learn of the passing of Dewey. He was a very good long time friend. May His Soul Rest-In-Peace..

Jean, Anne, Dewey and Family, My thoughts and prayers are with you. I so enjoyed talking with your dad at Honey B Ham during lunch time. He always greeted me with his huge smile, a handshake and discussions on how everyone in the family was doing. He brought a ray of sunshine and joy into everyones life that he met and I will always remember our conversations with fond memories. I have and will continue to miss my lunch time friend.

Gonsoulin family, we are sorry to hear about your father. Mr. Gonsoulin was such a nice man and a very good friend of our Dad. We will keep him in our prayers â€” Walter and Mary Brocato

Dear Anne and Family, So sorry for the loss of your dear father! What a legacy he has left you all! May you feel the warmth of all our prayers as you walk this difficult journey. May he rest in peace. Love ya, Angie and Dohn LaBiche

I had the pleasure of working with Dewey for 30 wonderful years and never heard anyone say a harsh word about him. He was truly a great man..