Donald James “Donnie” Sonnier, Jr. passed away on Wednesday, June 22, 2022, in Austin, Texas. Donnie was born in Beaumont, Texas on September 11, 1954. He was the eldest son of Donald J. and Mary Dempsey Sonnier.

Donnie graduated from Forest Park High School in 1973 and then attended TSTI in Waco, Texas. He worked as a dental lab technician in Beaumont for 12 years. Donnie moved to Austin, Texas 1985. He enjoyed being with family and friends. Donnie especially enjoyed watching UT and his Dallas Cowboys play football. He also enjoyed playing pool and darts, cooking, and listening to good music. He was a loving and devoted partner to his girlfriend, Beverly Moxley, for 22 years and cared for her during a long illness throughout the last years of her life.

Donnie was preceded in death by Beverly Moxley, as well as both of his parents, his sister, Cheryl “Cup” Dana, and his brother, James “Jimmy” Sonnier.

He is survived by his sisters, Mary Lou Pearce and her husband, Tim, of Sugar Land and Margaret Breaux and her husband, David, of Austin; brothers, Dr. Leo “Butch” Sonnier and his wife, Kathy, of Austin and Thomas “Tommy” Sonnier of Dallas; stepmother, JoAnn Sonnier of Lumberton; and nine nieces and nephews.

A celebration of Mr. Sonnier’s life will be held from 2:00 p.m. until 4:00 p.m., Saturday, July 2, 2022, at Broussard’s, 2000 McFaddin Avenue, Beaumont. Cremation arrangements were handled through Broussard’s Crematorium. 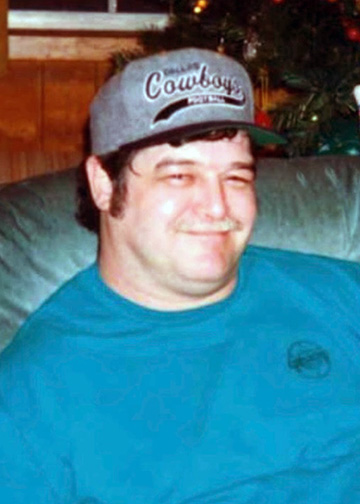 Donnie & Beverly were good friends of mine for many years. I will always cherish their memory & memories of good times together. I was blessed to have known them both. Condolences & prayers of peace & comfort for the family.

I have many fond memories of growing up with Donnie, Rusty and the “gang”. You were always kindhearted and cheerful & that’s how I will always remember you. I look forward to seeing you in the heavenly place. Rest In Peace my friend. I miss you!

Have not seen Donnie in years but he was always a great guy to everyone.

Great friends and times “back in the day”.

Rest In Peace Donnie and God’s peace to his family.

I have been a long time friend of the Sonnier family. My Buddy is already missed. We had a lot of great time at the beach. Until we meet again . Party on my friend .

Donnie was my friend from the time we first met in second grade. I extend my heartfelt condolences to the Sonnier family. I never knew anybody, say a harsh word about Donnie. I truly cherished his warmth and kindness. As well as times we spent with one another and the many conversations we held during our own journey through life. Rest in eternal peace my dear friend. God Bless you.

Donnie was part of the “buddies”. 8 High school friends that looked out for each other since 1969. He was always there for me at some of my pivotal moments in our young life. I really wish we had gotten together as planned the last time I was in Texas. But we always think they’ll be a tomorrow. I’m so appreciative to have known you, your mother and father and your family. Thanks for the music we shared and the road trips we took. We both saw California together for the first time coming over the California incline in 1972. And I’m not even gonna talk about all the double dates :-). I love you Donnie and I’ll see you soon.
Steven McClintock

So sorry to learn that Donnie is no longer with us. Sonjia saw his passing on her Forest Park Facebook page. Our condolences to all of you.